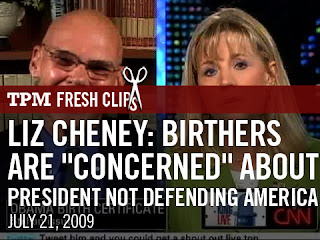 Updated Oct. 27 with Associated Press statement that it never reported that Obama was born in Kenya - that it has reported he was born in Hawaii.

Laguna Niguel lawyer Orly Taitz on Sunday electronically filed with the federal court in Santa Ana a document purporting to be a June 27, 2004, Associated Press story in a Kenyan newspaper saying that Barack Obama was born in Kenya.

But there’s a couple potential problems with that. First, Obama’s first name is misspelled as “Barrack” - an unlikely typo for the Associated Press to make on a man about to be elected to the U.S. Senate. Second, perusal of the Nexis database finds several versions of a similar story using the same quotes - but none mention Obama’s birthplace. Farther down in this blog item, I have a link to Taitz’s version and I’ve re-printed a version from the Nexis database.

Plus … since originally posting this item, I received the following statement from Paul Colford, director of media relations for the Associated Press: “The AP has never reported that President Obama was born in Kenya. In fact, AP news stories about the state of Hawaii have confirmed that he was born there. The Kenyan paper that you cite rewrote a 2004 AP story, adding the phrase ‘Kenyan-born.’ That wording was not in the AP version of the story.”

As I wrote in this profile of Taitz in yesterday’s newspaper, Taitz has had past problems with authenticity of her documents in her longshot legal efforts to prove that Obama is not a natural-born citizen and so is not the legitimate president.

In her filing yesterday, Taitz writes that her version of the AP story - from The Sunday Standard - ”is unauthenticated, but is allegedly derived from a well-known and highly respected news wire service, namely the Associated Press.”

Click here to see the suspect AP story filed by Taitz on Sunday.

Here’s a typical version of the story filed by AP, as drawn from the Nexis database:

CHICAGO — Illinois Senate candidate Jack Ryan dropped out of the race Friday amid a furor over lurid sex club allegations that horrified fellow Republicans and caused his once-promising candidacy to implode in four short days.

“It’s clear to me that a vigorous debate on the issues most likely could not take place if I remain in the race,” Ryan, 44, said in a statement. “What would take place, rather, is a brutal, scorched-earth campaign — the kind of campaign that has turned off so many voters, the kind of politics I refuse to play.”

The campaign began to come apart Monday following the release of embarrassing records from Ryan’s divorce. In those records, his ex-wife, “Boston Public” actress Jeri Ryan, said Ryan took her to kinky sex clubs in Paris, New York and New Orleans and tried to get her to perform sex acts with him while others watched.

Ryan disputed the allegations, saying he and his wife went to one “avant-garde” club in Paris and left because they felt uncomfortable.

In quitting the race, Ryan lashed out at the media and said it was “truly outrageous” that the Chicago Tribune got a judge to unseal the records.

“The media has gotten out of control,” he said.

Top Illinois Republicans immediately began the work of selecting a new candidate. Their choice will become an instant underdog against Democratic state Sen. Barack Obama in the campaign for the seat of retiring GOP Sen. Peter Fitzgerald. Obama held a wide lead even before the scandal broke.

“I feel for him actually,” Obama said on WLS-AM. “What he’s gone through over the last three days I think is something you wouldn’t wish on anybody. Unfortunately, I think our politics has gotten so personalized and cutthroat that it’s very difficult for people to want to get in the business.”

Ryan had faced mounting pressure to quit from party leaders, who met several times in Washington this week to discuss whether the campaign could survive.

Ryan conducted an overnight poll to gauge his support. After reviewing the results, Ryan’s advisers told the candidate that the only way to survive would be wage an extremely negative and expensive response.

“Jack Ryan made the right decision. I know it must have been a difficult one,” said House Speaker Dennis Hastert of Illinois, who made his feelings known by canceling a fund-raising event scheduled for Thursday with Ryan.

During the primary, Ryan waved off rumors of damaging sex allegations in his sealed divorce records, assuring state officials there was nothing in the file to worry about.

But the Tribune and Chicago TV station WLS sued for the records’ release, and a California judge ordered them unsealed.

http://totalbuzz.freedomblogging.com/2009/10/26/obama-birthplace-lawyer-submits-suspect-document/23981/
Posted by Alex Constantine at 5:51 AM