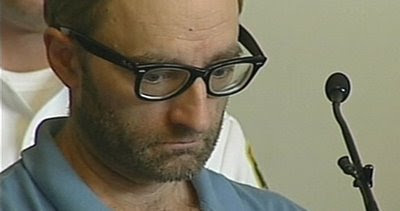 
After decades of inaction on the case, California prosecutors plan to present evidence to a grand jury about the mysterious 1985 disappearance of a couple who rented their guesthouse to the man who now calls himself Clark Rockefeller, the clearest sign yet that the investigation into their possible slayings has been revived.

Two handwriting specialists have been subpoenaed to appear before the grand jury, presumably to testify about the authenticity of a postcard from Europe purportedly signed by Linda Sohus, which arrived in the United States after she had vanished from her San Marino house.

Investigators in California have described Rockefeller, whose real name is Christian Karl Gerhartsreiter, as a "person of interest" in the case of Linda and John Sohus. They did this in August after Rockefeller was arrested in Baltimore after allegedly abducting his daughter in Boston.

His fingerprints were believed by authorities to be linked to Christopher Chichester, the tenant who also vanished from San Marino shortly after the Sohus couple disappeared.

John Sohus's mother, who also lived in the home, died a few years after the couple vanished, still pining for her son to return. But in 1994, workers digging a pool on the property uncovered buried bones believed to belong to John Sohus. Neither Linda Sohus nor her remains have ever been found.

The Los Angeles County specialist in tool marks who examined the unearthed skull at the time has told the Globe that the fracture pattern indicated that the victim had been struck one to three times in the head before death, possibly with a hammer or two-by-four.

Prosecutors reviving the case have subpoenaed Katherine Koppenhaver, a handwriting analyst who has testified in more than 350 cases. She provided the Globe with a copy of a subpoena mailed March 18 by the major crimes division of the Los Angeles county district attorney's specialized prosecutions bureau.

As the investigation comes to life in California, Gerhartsreiter, 48, sits in a Boston jail cell awaiting a May 11 trial in Suffolk Superior Court on charges that he kidnapped his daughter, Reigh Storrow Mills Boss, July 27 before fleeing with her to Baltimore.

The high-society divorce and kidnapping case drew international headlines last summer over revelations that the purported Rockefeller was instead a former German exchange student who had used several aliases over the years while moving in rarefied social circles.

Adding intrigue to the San Marino mystery, some friends and relatives of the missing couple received postcards that appeared to have been sent from Paris by Linda and John Sohus in spring 1985, a few months after they vanished.

Gerhartsreiter's lawyer, Jeffrey A. Denner of Boston, said that his client maintains he is innocent in the California matter.

(Globe Staff/John Tlumacki)
The Rockefeller case
"Mr. Rockefeller had absolutely no role whatsoever in the disappearance of anyone in California, including the Sohuses," said Denner, who learned of the grand jury probe from reporters. "The fact that there's a grand jury now considering evidence doesn't mean that they're going to return a bill of indictment."

Last summer, The Pasadena Star-News contacted Koppenhaver and two other handwriting analysts to examine one of the Paris postcards and compare it with a known sample of Linda Sohus's writing from late 1984. Koppenhaver and another analyst concluded that the postcard they examined was written by someone else. A third analyst, however, believed that both writing samples were from Sohus.

The Star-News first reported yesterday that the handwriting analysts had been subpoenaed as part of a grand jury probe.

Koppenhaver said yesterday that she gave verbal, not written, findings for the newspaper story. But she reiterated that the known Linda Sohus writing sample and the postcard were written by different people.

The Joppa, Md.-based Koppenhaver, author of multiple books on handwriting analysis, said she reviewed the letter forms, the spacing between the words and letters, the slant of the writing, the size of the letters, and other characteristics, including those that would suggest varying speeds and methods of writing or copying.

Koppenhaver and the dissenting analyst have been subpoenaed in the case. The third specialist contacted by the Pasadena newspaper, Karl Schaffenberger, could not be reached yesterday for comment.

Sheila Lowe, a handwriting analyst from Ventura, Calif., said she mailed prosecutors written findings, including a chart prepared for the Star-News. The different writing samples contained many similar features, suggesting they were written by the same person, she said. "That's something I'd feel comfortable going to court and testifying in."

Gerhartsreiter has resisted California law enforcement attempts to interview him in Boston, seeking immunity for cooperating.

"We encourage him to sit down and talk with our homicide investigators," said Steve Whitmore, a spokesman for the Los Angeles County Sheriff's Department.

Ellen Sohus, the daughter of John Sohus's adoptive father, was pleased to learn about the grand jury. "This tells me that they're moving forward with my brother's case, which is very exciting," she said yesterday in a phone interview from Arizona, where she lives. "It is encouraging to me that my brother's case is being taken seriously."

Late last fall, two homicide detectives from the Los Angeles County Sheriff's Department interviewed Sohus, 44, a mental health counselor, at a municipal airport in Phoenix. The detectives wanted her to share her memory of events that happened in her family before and after her brother's disappearance, so the officers could establish a timeline, she said.

http://www.boston.com/news/local/massachusetts/articles/2009/03/26/calif_revives_case_tied_to_rockefeller/?page=2
Posted by Alex Constantine at 11:21 AM

The charts I prepared in this case are available on the Pasadena Star News web site. They show some of the many similarities between Linda Sohus' handwriting and that on the postcard allegedly from Linda Sohus in France.
Sheila Lowe,
Court-qualified handwriting expert, author of several books on handwriting, instructor in forensic handwriting examination at the University of California at Riverside CSI program