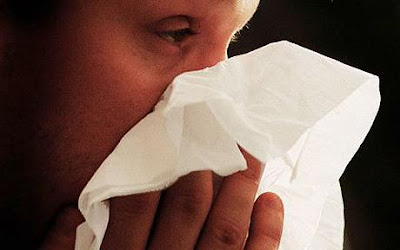 Who else stands to benefit from a swine flu epidemic?

Shares of the two public companies in the firm's portfolio of eight Pandemic and Bio Defense companies -- BioCryst Pharmaceuticals (BCRX.O) and Novavax (NVAX.O) -- jumped Friday on news that the swine flu killed a reported 60 people in Mexico and has infected people in the United States. 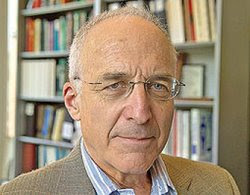 KPCB partner Thomas Monath, MD is at Novavax, one of the companies handled by the venture capital firm KPCB:

Dr. Monath is a partner, Pandemic and Biodefense Fund ... also Adjunct Professor, Harvard School of Public Health. Between 1992 and 2006, Dr Monath was Chief Scientific Officer and an Executive Director, Acambis (a publicly traded biopharmaceutical company) where he directed R&D on dengue, West Nile, Japanese encephalitis, yellow fever, Clostridium difficile, and smallpox vaccines for defense against bioterrorism. COL Monath retired from the US Army in 1992 after 24 years in the uniformed services. Between 1973-1988, he was Director, Division of Vector-Borne Viral Diseases, Centers for Disease Control, Fort Collins CO and from 1989-92 Chief, Virology Division, US Army Medical Research Institute of Infectious Diseases (USAMRIID). ... He has served on numerous government and international committees on infectious diseases, biosecurity, World Health Organization expert committees and the National Vaccines Advisory Committee (USA). Dr. Monath has published over 360 papers and edited 6 books on the epidemiology, immunology and pathogenesis of viruses and on vaccine development.
http://www.kpcb.com/team/index.php?Thomas%20Monath,%20M.D.

USAMIID gave us anthrax death. Thomas Monath, who ran the virology section, was a friend of Stephen Hatfill's.

Other partners at KPCB: Colin Powell, Al Gore and William Randolph Hearst III, among others. 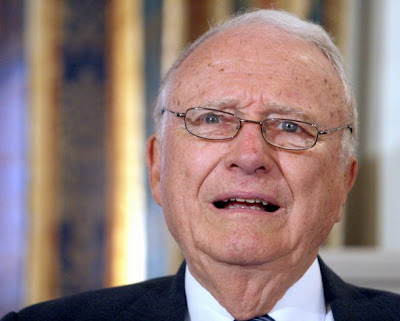 Photo - "Former US Secretary of the Army, and former Virginia Congressman John O. Marsh Jr. , member of the National War Powers Commission waits for the start of a press conference on July 8, 2008 on Capitol Hill in Washington, DC. Marsh along with former Secretaries of State Warren Christopher and James Baker III and other members of the commission released their findings and recommendations on the war powers of the president and Congress." (Getty Images)

On the Novavax board of directors, you find John O. Marsh, Jr., co-chair of Independent Review Group for Walter Reed Hospital and Bethesda Navy Medical Center since 2007. Also, Secretary of the Army from 1981 to 1989. Counselor with Cabinet rank to the President of the United States from 1974 to 1977. Also Assistant for National Security Affairs to Vice President of the United States, 1974. Assistant Secretary of Defense from 1973 to 1974. U.S. Representative in Congress from 1963 to 1971.
http://www.novavax.com/go.cfm?do=Page.View&pid=10#John

Nicole Korczykowski from Barclay's died on Flight 3407. She was made a director at Barclay's two days before the crash in Clarence. The firm will be recovering nicely from its current financial woes, thanks to swine flu.

Ms. Korczykowski spoke Arabic and would certainly have dealt with Barclay's Saudi owners had she survived the Flight 3407 crash.

The founder of the Texas Pacific Group is David Bonderman, a director of the World Wildlife Fund - a fairly well-known intelligence front.

RE BONDERMAN, NAZIS & CIA - From a prior post of mine relating to the 2006 Lexington Comair crash:

Bonderman was co-founder of the Halifax Group, formed in January 1999 with David W. Dupree, a former director at The Carlyle Group, William L. Rogers, founding partner of Colony and the Robert M. Bass Group, also Thomas J. Barrack, chief executive of Colony Capital and a former principal at Robert M. Bass. .... Bonderman went to TPG in 1992 direct from the position of chief operating officer at the Bass Group, Inc., then based in Fort Worth, Texas. ...

Bonderman serves on the board of Gemplus International S.A.6 And this is where the Texas Pacific Group shows its true colors as a Nazi/CIA appendage. ...

In January 26th, 2000, Gemplus announced the signing of a financial agreement with the Texas Pacific Group. The latter agreed to pour $300-$500 million in equity into Gemplus: "Texas Pacific Group will join founder and chairman Marc Lassus, Gemplus employees and members of the QUANDT Family of Germany, as one of the major shareholders of Gemplus. Terms of the transaction were not disclosed. Gemplus will use the new capital to dramatically expand Gemplus' presence in the wireless communications, e-commerce, and Internet security markets."

The partnership was billed as one of the largest private equity investments in technology history. But there was no call for champagne at the next stockholder's meeting. The Quandts have well-deserved reputation for Nazi collaboration, as Jeffrey Myers, Department of History, Avila University, reports:

"With the rise of Hitler, the Quandts became enmeshed in the Nazi horror. The marriage of Gunther Quandt's ex-wife Magda to Joseph Goebbels initially linked the Quandt family to the Nazis, but Guenther Quandt and his sons all played significant independent roles in the Third Reich. Each eventually became a member of the Nazi party, and, more importantly, the Quandt firms of AFA and DWM (as well as the heavily Quandt-invested Daimler-Benz) utilized slave labor from the concentration camps of Hannover-Stcken, Mauthausen, and Sachsenhausen. In the immediate post-war period, the Quandts were subject to close scrutiny and heavy fines as a result of denazification. The family also faced the loss of factories due to wartime destruction and confiscation of properties in the Soviet zone. The Quandts' version of the Economic Miracle occurred largely thanks to the rearmament of West Germany in the mid-1950s, which made DWM and AFA profitable once again."

http://alexconstantine.blogspot.com/2006/11/lexington-comair-crash-part-11-gps.html
Posted by Alex Constantine at 9:32 AM