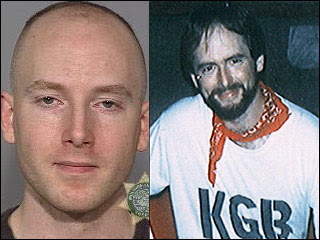 The son, 24-year-old Nathaniel Nicholson of Eugene, is accused of smuggling messages from his father, serving 23 years at the Federal Correctional Institution in Sheridan, to Russian Federation officials in Mexico, Peru and Cyprus.

U.S. District Judge Anna Brown granted release, saying he could have fled last December when questioned by FBI agents but did not, The Oregonian reported.

Prosecutors had said Brown might flee to a Russian consulate for asylum.

Jim Nicholson is the highest ranking CIA agent ever convicted of espionage. The younger Nicholson was ordered to have no contact of any kind with his father.
___
Information from: The Oregonian, http://www.oregonlive.com