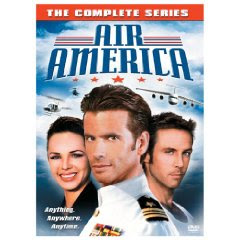 DALLAS (AP) - A retired rear admiral isn't too proud to say he was "scared out of my wits" in 1965 in Laos when he dangled by one arm from a helicopter while enemy soldiers took aim below.

Don Boecker (BEK'-er) had spent the night in the thick jungle -- evading capture.

The Navy aviator had ejected after a bomb he intended to drop on the Ho Chi Minh trail exploded prematurely.

His rescuers weren't from the American military.

The Associated Press reports they were civilian employees of Air America, an ostensibly private airline essentially owned and operated by the CIA.

Boecker plans to tell the story of Air America's heroics on Saturday at a symposium to be held at the University of Texas at Dallas.

It coincides with the CIA's release of about 10,000 previously classified Air America records, which will be turned over to the UT-Dallas aviation collection.