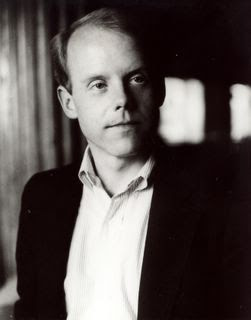 Randall Brink (or not)

And now we come to the Randall Brink mystery - possibly the most flagrant fraud examined so far ...

1) The J.C. Reiter Law Firm, located in the Empire State Building, is retaining Randall Brink, an "aviation expert" (author of a book on alleged OSS spy Amelia Earhart) who blames pilots and crew for the crash of Flight 3407 on February 12 at Clarence Center. (Background: I phoned attorney J.C. Reiter, who told me that Mr. Brink contacted him with "information" about the crash. It became obvious to me during the phone conversation that Jonathan Reiter knows next to nothing about Brink. When I offered that Mr. Brink is claiming to own companies that do not exist, Reiter seemed genuinely dumbfounded and promised to look into it. The attorney pointed out something I'd already noticed - that Brink only relates information about the crash already available from public media sources.)

3) A letter to the Prague Post from Charles Peake, Structured Finance Division, Commerzbank Aktiengesellschaft: "Pan Pacific Airways does not even own any planes - PPA is an idea."

5) Randal Brink Resumé Posted on the Internet. Mr. Brink claims, among his bona fides, that he owns UST Corporation (or USTurboprop), an "airline", is creative head for Davenport Entertainment Corporation in Century City, is chairman of EuroAmerican Aerospace. Problems:

• A Google Search for "USTurbojet" produces no results apart from the Randall Brink resumé. There are a couple of UST Corporations - one is a bank, the other a tobacco company. Neither is "owned" by Brink.

* I called 411 for the phone number of Davenport Entertainment Corporation in Century City. No such company is listed, I'm told. I could find no such company on the Internet.

[Re: "Ray of hope," Oct. 4- 11]: ... If you had done even the slightest bit of investigation you would have realized that Pan Pacific Airways does not even own any planes -- PPA is an idea. It appears that you were wooed by [PPA President Randall] Brink's skills at dealing with the media, as he himself is a contributing editor to an airline magazine.

"Davenport Entertainment Corporation is a motion-picture production and distribution company.

"USTurbojet is a jet aircraft management and operating company.

AC NOTE: Google search UST Corporation, Davenport Entertainment and EuroAmerican - they only exist in Randall Brink's resumé (see #5 in the opening summary).
Posted by Alex Constantine at 9:04 AM