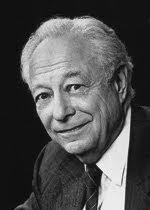 Veteran CIA seditionist and fascist Mockingbird liar Irving Kristol has kicked the bucket. He's finally done something laudable, something that doesn't push the country further toward open fascist rule. The man should have wasted away in prison for his part in covering up CIA atrocities. The Kristols smile a lot to give the ersatz impression that they are human - now, at long last, one of these Kristol rodents has me smiling, not frowning. Like Irving's vermin spawn William, the rat-tailed "Father of Neo-Conservatism," a thoroughly discredited ideology, couldn't write or think rationally but quietly plied CIA connections and they took him very far - to Hell, I hope. Let's all pray that decrepit, fascist CIA Propaganda Czar Rupert Murdoch is next.

... The most complete story of the CIA and the Congress for Cultural Freedom is found in Peter Coleman’s apologetic book, The Liberal Conspiracy. Coleman, a former Australian barrister and editor of the Congress magazine, the Quadrant, lets slip quite a bit of revelatory information in his analysis of the Congress’s activities and its relationship to the CIA. The common targets of Congress literature, as Coleman notes, are familiar: the literature was anti-Communist, social democratic, and anti-neutralist. Other aims promoted by the Congress were cataloged by William Blum: "a strong, well-armed, and united Western Europe, allied to the United States....support for the Common Market and NATO and...skepticism of disarmament [and] pacifism. Criticism of US foreign policy took place within the framework of cold war assumptions; for example that a particular American intervention was not the most effective way of combating communism, not that there was anything wrong with intervention per se...." F.A. Hayek commented that the Congress’ strategic agenda was "not to plan the future of freedom, but to write its obituary."

Among those involved with the Congress were James Burnham, Irving Kristol, Gertrude Himmelfarb, Daniel Bell, Arthur Schlesinger, Lionel Trilling, and the self-described "life-long Menshevik" Sidney Hook. After World War Two, Kristol worked as the editor for the American Jewish Committee’s Commentary magazine, then served as editor of Encounter from 1953 to 1958.

The Congress was organized by Kristol’s boss and CIA man Michael Josselson, who maintained a tight grip on the activities of the Congress as well as the content of its publications. According to Coleman, Josselson’s criteria for his editors was simple: they had to be reliable on the State Department line. Later, Kristol was to deny he knew the organization was a front. This seems unlikely for several reasons. For one, Sidney Hook stated that "like almost everyone else," he had heard that "the CIA was making some contribution to the financing of the Congress." More to the point, as Tom Braden, then head of the CIA’s International Organizations division, wrote in a Saturday Evening Post article, a CIA agent always served as editor of Encounter. Today, Kristol is a kind of svengali in the modern conservative world. ...
Posted by Alex Constantine at 1:07 PM