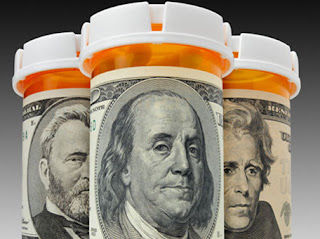 Ronald Reagan: “[I]f you don’t [stop Medicare] and I don’t do it, one of these days you and I are going to spend our sunset years telling our children and our children’s children what it once was like in America when men were free.” [1961]

Barry Goldwater: “Having given our pensioners their medical care in kind, why not food baskets, why not public housing accommodations, why not vacation resorts, why not a ration of cigarettes for those who smoke and of beer for those who drink.”

Bob Dole: In 1996, while running for the Presidency, Dole openly bragged that he was one of 12 House members who voted against creating Medicare in 1965. “I was there, fighting the fight, voting against Medicare . . . because we knew it wouldn’t work in 1965.” [1965]

Over the years, Republicans proposed numerous schemes to slash funding or privatize Medicare. Most notably, in 1995, under the leadership of then House Speaker Newt Gingrich (R-GA), Republicans proposed cutting 14% from projected Medicare spending over seven years and forcing millions of elderly recipients into managed health care programs or HMOs.

The cuts were to ensure that Medicare is “going to wither on the vine,” Gingrich explained. Similarly, during the 2008 Presidential campaign, Sen. John McCain (R-AZ) proposed cutting $1.3 trillion from Medicare and Medicaid.

Now, ask yourself this question: Have you seen any sign whatsoever that the Republicans have mellowed in the past six months? Of course not. Watch what they do, not what they say.