Nazism and its Occult Connections 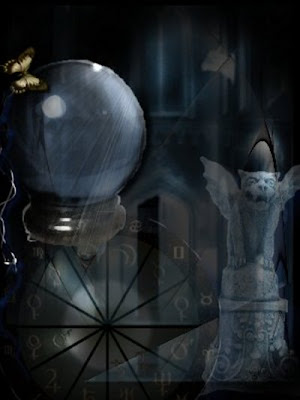 Seventy years ago this week, World War II began with the invasion of Poland by Germany. No one’s in any doubt that Adolf Hitler was directly responsible for this conflict. There have been hundreds of attempts to deconstruct, scrutinize and put under a microscope his motivations. In that process, we have dissected Hitler’s life from the day he enlisted in the Kaiser’s army to fight in World War I, to the moment he was appointed Chancellor of Germany in 1933, and finally, to his alleged suicide in the Fuhrerbunker in 1945. But conventional history has chosen to ignore very interesting circumstances in the period of history when the Nazi party was born.

The majority of historians are hamstrung by assigning Hitler with a “conventional” worldview. Because of this, Hitler’s motivations for pushing the world to war are ascribed to politics, lust for power, nationalism and other factors that simply don’t tell the full story as to what was really going on with the Nazis. The truth may never be fully known, but we can allude to certain events which are not in conventional history books, chiefly, the role that Pan-Germanic mysticism and occult societies played in the early years of Hitler’s career.

The occult in its fling with the Nazis had less to do with casting spells and more with tapping into the Germanic psyche, specifically, the particular spot which carried festering and unresolved sores from its humiliation in World War I, the latent German xenophobia towards outsiders, in particular the Jews, and its as-yet unresolved nationalistic obsessions brought out by Otto von Bismarck 70 years before. Nazism at its core embraced esoteric and occult traditions in its invocation of pagan traditions to elevate the myth of ‘pure’ Aryan blood, and to depict Germany’s role in world destiny in Manichean terms, struggling to contain the ‘evils’ of Jewish hegemony and Communist enslavement. In this simplistic construction of a Germanic weltanschauung (‘worldview’), Hitler succeded in completely capturing the folk soul of Germany.

Most of us think of the Nazis as simply a political party. Hitler did not. For him, Nazism was a mass movement, and in Hitler’s mind, was identified with the German psyche, and the motivation of its people. In this respect, Nazism had less to do with politics, and more to do being a pseudo-religious cult. Nazism for Hitler, his henchmen and indeed for many Germans, was a state of conscious being. What has this to do with occultism? Plenty. The Nazis were the first to take a political mass movement and imbue it with mystical symbolism, and tapping into the as yet unsatisfied thirst for Teutonic destiny. The very symbol of Nazism, the swastika, was a magical symbol of luck in Western occult tradition and an ancient symbol of fortune in religions across the world.

The humiliation of Germany’s defeat in World War I, and the resulting political chaos, coupled with the 1929 Depression, contrived to strip Germans of their belief in the effectiveness of a Cartesian worldview and a democratic parliamentary system to govern themselves with. Hitler was the only politician to fill the heads of the Germans with a nonlinear, unscientific belief system: namely, that a subset of humans were to blame for all of Germany’s problems, that their nation’s destiny had yet to be fulfilled, and that their very physical nature was the epitome of evolution and as supermen, Germans were fated to, and deserved, mastery of the world. Germans’ ready acceptance of this nonsensical drivel can best be understood if one acknowledges that their mentality was uniquely conditioned to act and think sociopathically by seventy years of being infused with Prussian militarism and obedience to authority. A weltanschauung of Manifest Teutonic Destiny, grand as it is, was simplistic and didn’t require higher cognitive function by the masses of men and women sick of breadlines and runaway inflation.

But in 1918, Germany was a wreck, and this destiny seemed far away. It is at this point that an occult organization called the Thule Society enters into the history of Nazism’s rise. The Thule Society was originally formed as a group devoted to occult and esoteric studies, chiefly the origins of the Aryan race, which they believed arose in ‘Ultima Thule’, a mystical land said to be in the far north, now destroyed. However, by 1919, the Thule Society had become heavily politicized, and founded the German Worker’s Party to promote right-wing causes, chief among them anti-semitism and anti-communism. That year, Adolf Hitler joined the German Worker’s Party and it was then renamed the National Socialist Workers Party, (Nationalsozialistische Deutsche Arbeiterpartei) or “Nazi” Party

Publicly, the Nazis downplayed or completely ignored how their movement was midwifed into existence by the Thule Society. In fact, after Hitler was appointed Chancellor in 1933, he suppressed all esoteric organizations and clubs. The historical contradiction here is that if Hitler publicly disapproved of occultists, why were his own top henchmen avid practitioners, chief among them Rudolf Hess, his deputy and Heinrich Himmler, chief of the SS? Himmler in particular was vocal in elevating Nazism to a pseudo-religion, going so far as to redesign Wewelburg Castle as an SS School, based on occult architectural motifs. Going even further back to the genesis of the Nazi Party, we can see that the chief attendants to Hitler’s rise had their own deep occult roots. Dietrich Eckart, the wealthy publisher of a right-wing newspaper, was a Thule Society member and had been instrumental in coaching Hitler as a speaker and tutoring him with the dramatic intonation of movement and voice that characterized Hitler’s harangues. Also a member of the Society was one of Nazism’s founding members, Alfred Rosenberg, an early proponent of Nordic racial supremacy, even going so far as to claim that Jesus was in fact, an Aryan who was part of a racial enclave within Palestine. It was Rosenberg who espoused fully the notion that Christianity had no place in the new order, and instead, should be replaced by Nordic pagan ideals. 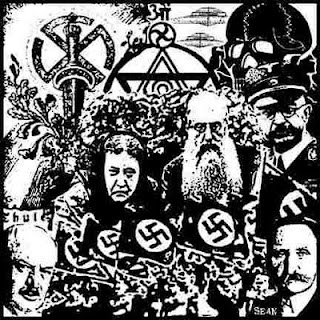 Given these curious threads weaving in and out of the years when Nazism was gaining ground, and the fact that its ideology has clear roots in the esoteric, it becomes easier to understand Hitler’s public disapproval of the occult in another light. It is possible that the Nazis banned all esoteric and occult organizations, fortune tellers, bookstores and lodges because they were desperately trying to eradicate what they regarded as competing occult ideas and philosophies which might undermine their own dark ideals. In an authoritarian society, there is no marketplace of different politics or esoteric creeds. The Nazis made no distinction between a communist and an astrologer. Indeed, the only accepted occult activity was by Hitler’s own inner circle. In this respect, the Nazis were only adhering to the mystical, dissociative and sociopathic worldview they’d constructed for themselves and were determined to drag the rest of humanity into. It is worth pondering how for more than ten years, Germany was ruled and led to war by a clique of psychopaths living out their personal version of a dark fairy tale replete with blood, supermen and subhumans who deserved nothing less than death.

http://www.examiner.com/x-17195-LA-Esoteric-History-Examiner~y2009m9d3-Nazism-and-its-Occult-connections
Posted by Alex Constantine at 10:23 AM

Hitler and Nazis were occultists: