Open Letter to Students of the Texas Public School System ...

Dear Boys and Girls of the Lone Star State:

Your mommy and daddy are brainwashed. You've probably noticed. They want you to read history and social-studies books rewritten by cranky, busy-body political groups led by crazy, rich peckerwoods (wrinkled ol' Phyllis Schlafly comes to mind - please do a Google image search for this prune-faced Nazi puke - you won't believe it!), intended to "indoctrinate" (or program) you into a political system called "fascism."

Mr. Burns on The Simpsons is an example of a fascist.

Fascists - that is, mean, dumb, greedy corporate-government types like Mr. Burns - don't want you to understand that they are filling your heads with ruinous nonsense. So they sweeten it with flag-flapping "patriotism" and talk about "Jesus" all the time to make the bitter medicine go down. 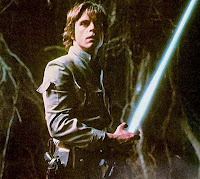 If you knew, the "game" would be over and you would control your own destiny, like Luke Skywalker. Fascists are like Luke's daddy - they want you to be a mindless puppet who votes for Republican stormtoopers. You wouldn't do this in a million years if allowed to think for yourself, of course.

So your thinking is programmed - like a Dell computer. So is the thinking of mommy and daddy.

Your primaries are hiding the true meaning of "socialism" from you. They would like you to believe that Socialists are Fascists. Nothing could be further from the truth. Mr. Burns isn't a socialist, is he? He's a "conservative," or fascist, like the screaming old farts you see on TV with racoon grease in their hair.

Your parents are lying to you, possibly due to ignorance - or, if you were born into a Republican family, because lying is considered a patriotic virtue and way of life, like hating people with brown skin who've never harmed anyone.

To clear things up a bit, here is the Wikipedia entry on "Socialism," a system of political and economic beliefs that are opposed to bad rich people like Mr. Burns. This is the big, dark secret your mommy and daddy don't want you to know.

Your history and social-studies books are full of half-truths and goofy lies (thanks to that cranky old Nazi, Phyllis Schlafly).

Here's what those nasty, bullying, meddling old goose-steppers are hiding from you - in favor of school books that lead you to believe that fascists Richard Nixon and Ronald Reagan were "good presidents" - they weren't. They gave us real bloody wars, assassinations (political killings), heroin and CIA death squads - you don't want them roaming your neighborhood looking for socialists to kill. Phyllis Schafly does. (She wants to leave you sick if can't afford a doctor, too, and send you off to Iraq to die for oil.) 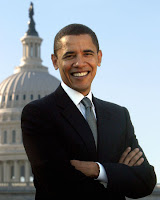 Your poor, confused, brainwashed mommy and daddy have been taught to like fascists like Mr. Burns (believe it or not. Mom and dad even demnanded that your school not air a speech written by your president, who admires Abraham Lincoln, just for you. And they are pulling a dirty trick on you, trying to make you believe that "socialism" means "Nazi." It doesn't. Slick, huh? That way they can blame socialists for the destruction of America, and not let you know that it's themselves.)

Without further ado, here is the big, bad secret that your mommy and daddy are hiding from you. Have a bite of the forbidden fruit:

"Socialism refers to various theories of economic organization advocating state, worker or public ownership and administration of the means of production and allocation of resources, and a society characterized by equal access to resources for all individuals with an egalitarian method of compensation. Contrary to popular belief, socialism is not a political system; it is an economic system distinct from capitalism.

"Socialists mainly share the belief that capitalism unfairly concentrates power and wealth among a small segment of society that controls capital and derives its wealth through exploitation, creates an unequal society, does not provide equal opportunities for everyone to maximize their potentialities and does not utilize technology and resources to their maximum potential nor in the interests of the public. Therefore socialists advocate the creation of a society that allows for the widespread application of modern technology to rationalize economic activity by eliminating the anarchy in production of capitalism[4], allowing for wealth and power to be distributed based on the amount of work expended in production, although there is considerable disagreement among socialists over how and to what extent this could be achieved. ...

AC, this post needs to be circulated far and wide. It is really disheartening to see so many idiotic angry Americans with their "socialist" protest signs. They even have signs portraying Obama as Hitler with some statement about evil socialism underneath. Hitler was a fascist. The USA is the most fascist country in the world, second only to Mexico. This is documented and can be seen on the chart here...

Again, kudos for your post about this. I must say I am really surprised there is not more written about this mass confusion about socialism currently underway thanks to all the rightwing hate mongering talking heads like Beck, Hannity, Savage, and O'reilly.