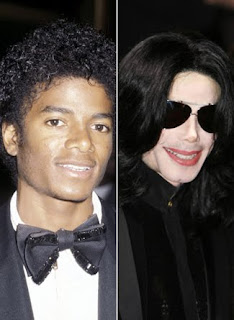 There have been widely-cited but ersatz, PLANTED articles and books defending Michael Jackson from the charge of pedophilia, and I've flatly debunked them (see my Mary Fischer and Aphrodite Jones critiques). Now, along comes another angle: Author Ian Halperin maintains that Jackson wasn't a pedophile, per se, but was attracted to young "adult" men. I've already demonstrated that Jackson had the hots for teenage boys, so if Halperin's book is not just another cover-up, spin control like the Fisher and Jones bunk, we can include young adult males among the self-proclaimed King-of-Pop's interests, per Halperin.

What are the implications? Jackson was desperate to conceal the unsavory side of his personal life. He went so far as to marry Ms. Presley, generated rumors of heterosexual affairs, went out on "dates," hired a PR firm, had surrogate white kids - all to maintain appearances. Because, as Halperin maintains, he was merrely gay? Not at all - he was a gay who liked boys aged five through nineteen or so - and the "wife," the kids, planted stories in men's magazines - these were merely plastic surgery for his reputation.

The cover stories were designed to convince all of us that he was normal, a noseless, grinning, falsetto boy-next-door with a status quo id. If so, why the phony books and articles, why the transparent pretenses, why the $20-million payoff? Because he liked young boys AND young men. Bad for PR, though, and the truth could lead to a stiff prison sentence.

To avoid that, he was willing to hire a Washington, DC PR firm, to strut around in public with surrogate kids, hire media pedophile apologists. It was all a fragile front, but enough to give starry-eyed fans armament when confronted with the evidence. And the fans cherish their manufactured image of Jackson more than they care about the children he violated and has paid off.

Celebrity-worship is a euphemism for "dupe." Jackson was Mob-controlled. His poat-'80s CDs were trite, over-produced and unlistenable. Jackson couldn't land a recording contract throughout the '00s. His drug-addicted, plasticized personal life, child abuse apologists aside, was distasteful and exploitive. Even in his prime, he was ultimately a disco artist, like Abba, and there was nary a trace of soul in the music. The fans who mourn openly now haven't bought a Michael Jackson album for ten or twenty years.

Review of Unmasked: The Final Years of Michael Jackson, by Ian Halperin, $25, c. 2009, Simon Spotlight Entertainment, 287 pages, plus a transcript and notes.

Jackson is 'Unmasked'
By TERRI SCHLICHENMEYER
Special to the Guardian
August 20, 2009

Have you ever been wrong about someone? You thought you understood her integrity and morality, but you were, unfortunately, quite wrong. You heard he was a jerk, a complete idiot, that he was sleazy, but he turned out to be a pleasant, fun companion.

... Author Ian Halperin says his assumption of guilt in the Michael Jackson molestation trial made him want to know the truth. In the new book, "Unmasked: The Final Years of Michael Jackson," Halperin writes about what he learned.

Ian Halperin was mad. Like most people around the world, he'd formed an opinion of the "King of Pop" based on news and tabloids. Halperin was angry because, as the father of a young child, he figured Jackson would be found not guilty for a crime he believed Jackson had committed. Because he's an investigative biographer, Halperin decided to uncover the truth.

Over the course of several years, Halperin learned plenty about Michael Jackson. ... Although Jackson did himself no favors by admitting on camera that having children in his bed was "sweet," Halperin came to believe that most of Michael Jackson's accusers went after him for money and that Jackson was not a pedophile. In fact, Halperin seems certain that Michael Jackson was attracted to young adult men and was, therefore, gay. ...

The FBI investigated Michael Jackson in a pair of child molestation cases 11 years apart - with neither ever going to trial, according to explosive new documents made public Tuesday.

The first case dated to September 1993, when the FBI's Los Angeles field office was notified by the Los Angeles Police Department that Jackson was under investigation in a molestation case.

An FBI document at the time said there was a probe involving "Jackson concerning the transportation of a minor across state lines." Federal prosecutors opted not to prosecute Jackson under the Mann Act and even declined to attend a meeting about the allegation, according to the documents. The case never went to trial, the FBI said.

The second case was opened in September 2004, when the FBI sent agents to interview a purported Jackson victim in New York.

"During the meeting, [he] advised the agents that he had no interest in testifying against Jackson," the FBI documents said. "[He] advised that he would legally fight any attempt to do so. [He] believed he had done his part."

The case was closed due to lack of witness cooperation, the FBI said. Jackson was acquitted in June 2005 in a separate California molestation case.

The documents were released after the Daily News and other media outlets filed Freedom of Information Act requests with the FBI regarding Jackson. The FBI released 333 pages, with 149 linked to allegations of child molestation - the charges that derailed Jackson's career and helped change him from a chart-topping superstar to the reclusive "Wacko Jacko."

The FBI released seven separate Jackson files, with only one - involving a 1992 extortion threat against the international superstar - not related to child molestation allegations.