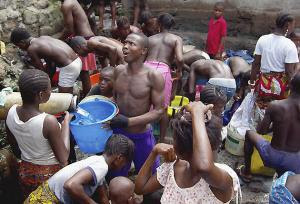 Sierra Leone is one of the world's poorest countries. In this 2008 photograph, residents crowd for water at the only standpipe in Mabella slum in the capital, Freetown.

A British oil trading company is set to pay out millions of pounds in compensation to thousands of people who fell ill in one of the worst pollution incidents in decades when toxic waste was dumped illegally in one of the world’s poorest countries.

Trafigura, which describes itself as one of the world’s largest independent oil traders, told The Independent in a statement that it was looking to make a “global settlement” to the claim brought by 30,000 people from Ivory Coast who brought Britain’s largest-ever group lawsuit after breathing in fumes from tonnes of heavily-contaminated sludge which was fly-tipped by a sub-contractor in August 2006.

The incident led to up to 100,000 residents in the west African’s country’s most populous city, Abidjan, flooding into hospitals and clinics. A subsequent investigation by the Ivorian authorities found that up to 15 people died in the days after the dumping of the waste, but Trafigura has always insisted that the slurry was harmless. 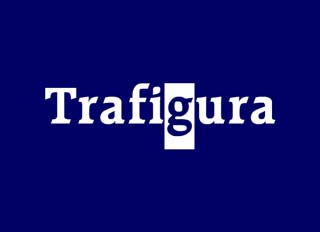 The deal to end the bitterly-contested legal action will see thousands of Ivorians who suffered short-term illnesses, including vomiting, diahorrhea and breathing difficulties, receive a pay out understood to be set at several hundred pounds.

But the settlement, which is set to be confirmed by the end of this month, means that claims of more serious injuries caused by the waste - including deaths, miscarriages and still births - will not be tested in court.

Martyn Day, the solicitor leading the massive class action, told The Independent: “Over the last few weeks we have been exploring with Trafigura the possibility of resolving the 30,000 claims. We have reached a point where we are now in the process of putting a global deal to the Claimants. I am optimistic as to the outcome of that process. The Claimants are very pleased and are keen to see the issue resolved.”

The move by Trafigura, whose turnover of $73bn (£44bn) last year from 1,900 employees is twice the sum generated by the entire Ivorian economy and its population of 21 million, comes after the publication of a United Nations report which found there seeemed to be strong prima facie evidence that “the reported deaths and adverse health consequences are related to the dumping”.

The study by the UN special rapporteur on human rights Professor Okechukwu Ibeanu levelled a series of criticisms against Trafigura, including claims that it had failed to check the ability of its local contractor - Compagnie Tommy - to deal properly with the waste.

Bell-Pottinger, the London PR company working for Trafigura, responded by saying the report was “inaccurate” and “potentially damaging”.

http://www.independent.co.uk/news/world/africa/oil-firm-pays-millions-over-toxic-dumping-1788405.html
Posted by Alex Constantine at 9:11 AM