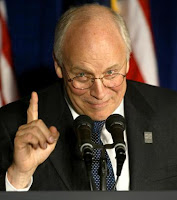 By ordering the early arrest of Rashid Rauf, the bombers' link man in Pakistan, Washington forced British police to detain the suspects in the UK before all the evidence had been gathered, it was claimed.

Yesterday three British Muslims - Abdulla Ahmed Ali, Tanvir Hussain and Assad Sarwar - were finally convicted of plotting to blow up seven transatlantic airliners in mid-air in a co-ordinated attack intended to surpass the horror of 9/11. But the plotters were arrested before they had bought the airline tickets that would have been the ultimate proof of their intentions. Police fear that several key figures of the plot have remained free.

Andy Hayman, who was the Metropolitan Police's Assistant Commissioner Specialist Operations at the time of the plot, said he believed that the White House had grown jittery as the British updated them of the mounting evidence of a plot targeted at American cities.

Although Britain was running the investigation, including a massive round-the-clock surveillance of 200 suspects, the UK was not warned that Rauf - the al-Qaeda facilitator who kept the English plotters in touch with bomb experts and terrorism trainers in Pakistan - was going to be arrested.

"We believed the Americans had demanded the arrest and we were angry we had not been informed," said Mr Hayman, writing in The Times today.

"We were forced to take action, to arrest a number of suspects, which normally would have required days of planning and briefing... Two of the ringleaders were picked up as they met to discuss plans, and throughout the night and the following morning officers were bursting through doors in East London and High Wycombe.

"The arrest hampered our evidence-gathering and placed us in Britain under intolerable pressure."

MIchael Clarke, the director of the Royal United Services Institute, said he gave "great credence" to the theory that US interference was to blame for Rauf's arrest. He described how the decision appeared to lead straight back to the White House and to Mr Cheney.

"We know that Tony Blair briefed George Bush on July 28, that he told them that the plot was hatching, but it wasn't quite ready yet," said Mr Clarke.

"Mr Bush didn't seem to commit anything to paper, but Vice President Cheney despatched a man called Jose Rodriguez to Pakistan in secret. The British didn't know he was there.

"And after Mr Rodriguez's arrival in Pakistan, Rashid Rauf was picked up. The British were hopping mad about that, because it meant that on August 10 they had no choice but to move in on this plot before all the evidence was as mature as possible.

Mr Hayman said that his suspicions of America had grown even before Rauf's arrest, as meetings with US intelligence to keep them informed of the progress of the investigation had grown sour.

"Fearful for the safety of American lives, the US authorities had been getting edgy, seeking reassurance that this was not going to slip through our hands. We moved from having congenial conversations to eyeball-to-eyeball confrontations," wrote Mr Hayman.

"We thought we had managed to persuade them to hold back so we could develop new opportunities and get more evidence to present to the courts. But I was never convinced that they were content with that position.

"In the end, I strongly suspect that they lost their nerve and had a hand in triggering the arrest in Pakistan."

Mr Clarke added that the airline bomb plot trial had brought home the extent to which the myriad of terrorist cells and plots in Britain were connected and aided and kept in touch through key figures such as Mr Rauf, who was also in contact with the 7/7 bombers on London transport, the failed 21/7 London bombers, and the fertiliser bomb plotters picked up by Operation Crevice.

Mr Rauf's fate is unclear. After his arrest, he managed to escape from Pakistani custody under suspicious circumstances. Late last year the Americans reported that they had killed him, along with several other key al-Qaeda figures, in a barrage of Hellfire missiles fired from a Predator drone at a bungalow in Pakistan's tribal territories on its border with Afghanistan.

Mr Rauf's DNA was never retrieved from the bombing however, leaving open the possibilities that he is either still on the run or is secretly in custody and under interrogation.

http://www.timesonline.co.uk/tol/news/uk/crime/article6825778.ece
Posted by Alex Constantine at 5:07 AM