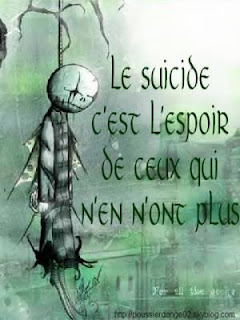 France's largest telecommunications company, France Telecom, has suffered through a staggering 22 employee suicides over the last year. If that isn't enough, another 13 workers actually survived failed attempts. In an interview with Reuters, company CFO Gervais Pellissier discussed exactly why he believes so many employees have been distraught and suicidal.

He attributed some worker unhappiness to the recent privatization and restructuring of the company, which dramatically shifted the job responsibilities of over 15,000 of France Telecom's 102,000 employees. But, he believes a more significant contributor to the tragic phenomenon is the "CrackBerry" syndrome. Pellissier asserted that the stress of privatization has been exacerbated by having to constantly be connected, because employees, who have no escape from work or e-mail, have had difficulty discerning "between personal life and professional life."

To combat further attempts, Telecom plans to implement counseling services, and (since one employee stabbed himself in the stomach during an office meeting and a woman jumped from an office window) add increased surveillance. Pellissier believes the problem to be a "global society issue," so hopefully US companies will investigate and adopt preventive measures, rather than wait and take reactive ones. [From: Reuters]