Mellons over Pittsburgh and the Planet--Part One 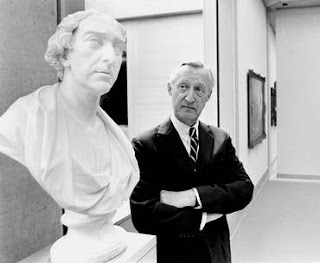 The Rockefeller and Du Pont billionaire dynasties are hated around the world. Outside of Pennsylvania the super rich Mellon family isn’t as well known.

They should be. When Fortune magazine listed the eight richest people in the United States in 1957, four of them were Mellons. The family’s crown jewels then included Alcoa Aluminum, Gulf Oil—which merged with Rockefeller’s Chevron in 1984—and the Mellon National Bank.

In 2007 the Mellon Bank merged with the Bank of New York to form a financial octopus that operates in 34 countries. Bank of New York vice president Lucy Edwards admitted conspiring to launder more than $7 billion from Russia. (Bloomberg News, July 26, 2006)

The Bank of New York Mellon has $20.7 trillion in assets under custody or administration. That’s $6 trillion more than the entire gross domestic product of the United States.

Yet it still received a bailout of $3 billion while it was supposed to “oversee” the Troubled Assets Relief Program.

Much of the Mellon wealth is locked up in tax-dodging foundations. The Andrew W. Mellon foundation had $6.5 billion in assets in 2007.

Eighty years earlier, Andrew Mellon had to resign from 51 corporation boards when he became treasury secretary in 1921. Presidents Harding, Coolidge and Hoover took orders from the financier.

Mellon’s reign—the longest of any treasury secretary—extended the misery of the Great Depression. According to Herbert Hoover’s memoirs, Andrew Mellon’s attitude was to “liquidate labor, liquidate stocks, liquidate the farmers.”

“Liquidate labor” is exactly what happened to Pittsburgh where the Mellon fortune originated. Pittsburgh finally recovered from the Depression. But in the early 1980s the area lost 56,000 steel industry jobs and 54,000 other manufacturing jobs. (Milwaukee Journal-Sentinel, May 16.)

Deindustrialization has led to 21 percent of Pittsburgh’s total population and a third of its African Americans living under the poverty line. Pittsburgh is where the G-20 summit is being held in September. 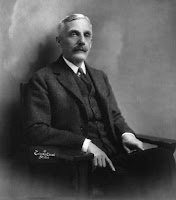 Founder of the family fortune was Thomas A. Mellon, an immigrant from Ulster who was born in 1813. He took great pride that his ancestors had crossed over from Scotland to Ulster after Oliver Cromwell slaughtered the local Irish population.

Mellon wrote in his autobiography, “It is very manifest that it would have been well for Ireland had this policy of extirpation been carried into effect throughout the entire island.”

This bigot became a lawyer and a loan shark. Mellon lent money at high interest rates and foreclosed on those who couldn’t pay up. He started a real estate empire that benefited from Pittsburgh becoming the steel capital.

By 1860 Thomas Mellon got himself elected judge. Later he wrote that there was nothing wrong with condemned prisoners committing suicide: “This growing tendency of self-destruction ... is not to be discouraged.”

Even James Mellon, Thomas Mellon’s second son, wanted to enlist. Judge Mellon was furious. “It is only greenhorns who enlist,” wrote the father to his son. “There are plenty of other lives less valuable.”

It is “less valuable” workers who continue to fill Veterans Administration hospitals and military cemeteries.

The Mellon fortune takes off

As soon as his judgeship ended, Thomas Mellon opened a private bank on Jan. 2, 1870, on Smithfield Street. “T. Mellon & Sons’ Bank” had to close its doors during the 1873 crisis but reopened in a few months.

It was Thomas’s son Andrew who really sent the Mellon fortune into orbit. Daddy Mellon was already financing Henry Clay Frick and swindling farmers out of their land that lay over valuable coal deposits.

Charles Martin Hall discovered how to separate alumina from bauxite rock at the same time French inventor Paul Heroult did so.

Joining forces with metallurgist Alfred E. Hunt, they turned to the Mellon Bank seeking money to exploit Hall’s invention. In 1888 the Mellons financed the Pittsburgh Reduction Company—now called Alcoa—keeping 40 percent of the stock for themselves.

But oil provided even more profits than aluminum. The Mellons were able to take over the fabulous Spindletop oilfield in Texas to form Gulf Oil.

After Andrew Mellon left the Treasury, he became U.S. ambassador to Britain. He demanded and got 50 percent of any oil found in Kuwait, which was then a British colony.

Sixty years later U.S. imperialism went to war with Iraq to protect Gulf Oil’s stake in Kuwait.
---
Articles copyright 1995-2009 Workers World. Verbatim copying and distribution of this entire article is permitted in any medium without royalty provided this notice is preserved.
Posted by Alex Constantine at 5:06 PM