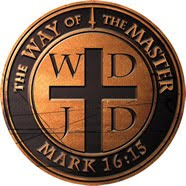 Teen hearthrob wants a fascist theocracy ... Cameron is the founder of The Way of the Master (WOTM). According to Wikipedia, WOTM is "a United States-based Christian evangelism ministry founded in 2002 and headed by American actor Kirk Cameron, New Zealand-born evangelist Ray Comfort and American radio host Todd Friel. The organization includes a TV show, radio broadcast, books, online school, small-group training courses, and a website. The ministry's logo incorporates the letters, WDJD, standing for "What Did Jesus Do?" and a reference to Mark 16:15: 'And he said unto them, Go ye into all the world, and preach the gospel to every creature.' WOTM is based in Bellflower, California." - AC 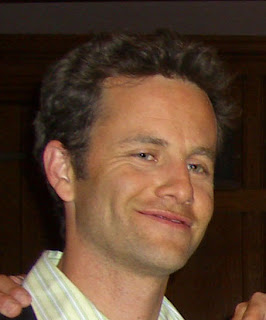 Former teen idol Kirk Cameron has it out for Charles Darwin, and is making no apologies for his controversial (and mocked, see below) plan to distribute thousands of altered copies of 'The Origin of Species' to college students.

The 'Growing Pains' alum released a video last week announcing that on Nov. 19, he and other Creationist activists will distribute a special 'Species' with a 50-page intro that slams evolution and paints Darwin as both racist and misogynistic and explicitly highlights "Adolph Hitler's undeniable connection to the theory." Nov. 21 is the 150th anniversary of the book's original publication.

Cameron tells PEOPLE he is "proud to bring this to people's attention" and hopes his plan will curb the rise of Atheism among college kids. Watch the actor's video, left, and a critics' reaction to it, after the jump.

The 50-page intro, written by evangelist author Ray Comfort, will present a "balanced view of Creationism with information from scientists who actually believe God created the universe." Those scientists include Albert Einstein and a host of thinkers whose lives predated 'The Origin of Species,' such as Isaac Newton and Nicolaus Copernicus.

His plan has quickly ruffled feathers among academics, who blast his claims that evolutionary theory is not compatible with Christianity. Cameron's campaign has also been met with spoof videos galore, including a popular rebuttal by YouTube user ZOMGitsCriss, who splices up the original video with counterpoint-by-point arguments. Her 'Origin of Stupidity' has received over 4 times more views than Cameron's.

The actor's faith, of course, is nothing new. He became a born-again Christian 20 years ago while still playing Mike Seaver on the ABC hit 'Growing Pains' and has since made a name for himself as the go-to actor for evangelical films, namely the massive 'Left Behind' series.

He resides near Los Angeles and has six children with his wife of 20 years, Chelsea Noble.

When asked by PEOPLE what he would do if his own kids ended up believing in evolution: "Could I accept it? Yeah sure," he says. "I accepted a lot of things that are not true before I was able to sit down and listen to more then one side and think things through the issues. I would sit them down and tell them that I was happy that they were thinking about this stuff, now let's look at all of the information and see if we don't come to a better conclusion. If after that, they still come to the same conclusion, so be it."