Sawyer and the Nixon Administration

"Prior to joining CBS News, Sawyer held several positions in the Nixon administration. She was part of the Nixon-Ford transition team from 1974 to 1975. She also assisted former President Nixon in the writing of his memoirs in 1974 and 1975. ... "

" ... After several years, Sawyer left her television employment for government service. She joined the Nixon White House on the staff of press secretary Ron Ziegler, working as a press aide from 1970 until Nixon was forced to step down in 1974. Even after the resignation, Sawyer stayed on and helped the unindicted co-conspirator assemble his memoirs on his compound in San Clemente, California. Rumors abound of physical intimacy with Nixon (who she still admires to this day) ... "

For four years she had worked with Richard M. Nixon in post-Watergate exile, a faithful spin doctor collaborating on RN, a fairy tale of a memoir at San Clemente, Nixon's Elba on the beaches of La-La Land.

"I fell into the most seductive trap that awaits every one of us," explained Sawyer, "which is the fiction of one's indispensability.... I was being loyal and noble. They're among my worst faults."

A painful silence settled over the room. We could hear phones ringing in the background.

"Oh, Fred, you'd have done the same thing. How could you not."

"I'd have told Tricky Dick to go piss up a rope."

Even in the fifteen years since he was run out of town, Nixon had dogged my paranoid dream life, the president of my nightmares.

"What exactly did I do?" She never sounded more wounded, more vulnerable, more breathtakingly naive.

"You were seduced by hanging out and rubbing shoulders with those people. I don't think if I were head of a news division that I would have hired you after all that."

"I don't know that I would have, either. I was conflicted. It was a very tricky straddle."

More than anything, it is absolutely essential to the health of Diane Sawyer's psyche that she never be reduced to anything as unseemly as saying, "Okay hotshot, I blew it." It is essential because Diane Sawyer, along with the rest of her TV colleagues, those glowing stars in our pedestrian firmaments, is creating her own biography, her own version of herself. Equable is the watchword here. Her life must at all costs be as poised and calm as her beauty is blond and cool, and she cannot afford to have a picky, picky, picky ding-a-ling like me disrupt the serenity, the gentleness of the pond by throwing meanspirited little pebbles into it. Sawyer's nonautobiography will, of course, one day head the best seller list for ten years, the only anomaly being that in lieu of heading up the nonfiction it would find a more appropriate home topping off the other column. If one wanted to be unkind, one might say it'll be not unlike the nonbook Sawyer wasted four years of life helping to create for Nixon. As, indeed, her inability to say I blew it might also have been learned at the feet of the master. And what fascinating feet they evidently were.

"...You are constantly chasing Nixon around corners trying to find out who he is," she said. "I wanted to know more about him.... His public life is too long and too blistering for you ever to go back and retrieve the private man. There's too much. When it works, it's a natural dual personality [the public and the private man] with politicians. Some of them, you can figure out who they really are. The ones like him — highly intelligent, almost congenitally embattled, and wary to the point of extreme elusiveness — are a lifetime's work of trying to diagnose.... Part of what keeps him such a living presence, think how long, when you are switching the television screen, you see him there, you stop, and you continue to stop, and I don't believe that even you continue to switch when you see him come on.... Think how long, in an age when people get used up really fast, and use themselves up really fast, when it takes very little to parch a person's life, and their life history, to dry them out, he stays riveting. And that in itself is an accomplishment of some phenomenal and mysterious kind.... Any of the people who find it inexplicable [Sawyer's loyalty to Nixon] I bet would have done the same thing, standing there seeing a man on that day [Nixon's impeachment day], with the destruction all around him, however self-created, would have done the same thing...

"Everybody talks about his awkwardness with social talk. Not only is he not awkward when he gets into substance, he weaves magic in a room.... It used to be one of the rare amusements in San Clemente to see people come in who held no brief for him, who were firmly defended by their political and personal preconceptions, and watch how long it took for their mouths to drop open. It usually took somewhere between three and four minutes, and then they were captive. And it happened over and over again...."

All this has been delivered with an apostolic fervor, so that when Sawyer finishes I simply sit there stunned and limp, in many ways more limp than an orgasm has ever left me. Because I admire 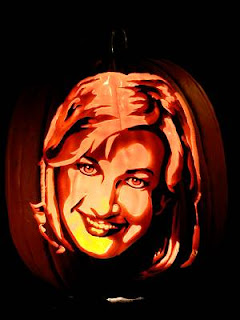 Sawyer was born in Glasgow, Kentucky, the daughter of Jean W. (née Dunagan), an elementary school teacher, and Erbon Powers "Tom" Sawyer, a judge.[2] Soon after her birth, her family moved to Louisville, Kentucky, where her father rose to local prominence as a Republican politician and community leader; he was the Jefferson County Judge/Executive when he was killed in a car accident on Louisville's Interstate 64 in 1969. E. P. "Tom" Sawyer State Park, located in the Frey's Hill area of Louisville, is named in his honor.

Sawyer attended Seneca High School in the Buechel area of Louisville. In 1963, she won the "America's Junior Miss" scholarship pageant as a representative from the State of Kentucky, and in 1967, she received a degree in English from Wellesley College in Wellesley, Massachusetts.

She attended one semester of law school at the University of Louisville before turning to journalism.

On April 29, 1988, she and Mike Nichols, a film director, were married; they have no children. Nichols has Daisy (born 1974), Max (born 1964), and Jenny (born 1977) from his three previous marriages. Sawyer had previously had relationships with Frank Gannon, aide to President Richard Nixon, and U.S. diplomat Richard Holbrooke.

Sawyer served as a local TV news reporter and weather girl for WLKY-TV in Louisville, Kentucky. In 1970, White House press secretary Ron Ziegler hired her to serve in the administration of President Nixon. Sawyer stayed on through his resignation in 1974 and worked on the Nixon-Ford transition team in 1974-75, after which she decamped with Nixon to California and helped him write his memoirs, published in 1978. She also helped prepare Nixon for his famous set of television interviews with journalist David Frost in 1977.[4] Years later, Sawyer would be suspected to be Deep Throat, the source of leaks of classified information to Bob Woodward during the Watergate scandal. In 2005 Deep Throat was identified as W. Mark Felt but prior to that, Rabbi Baruch Korff, a longtime Nixon confidant and defender known as "Nixon's rabbi," said on his deathbed that he believed Sawyer was Deep Throat. Sawyer laughed it off, and she was one of six people to request and receive a public denial from Woodward.

In 1978, Sawyer joined CBS as a political correspondent and became a co-anchor, with Bill Kurtis, of the CBS Morning News in 1981. In 1984, she became a correspondent for 60 Minutes, where she remained for five years.

In 1989, she moved to ABC to co-anchor Primetime Live with Sam Donaldson. From 1998-2000, she would become a co-anchor for ABC's 20/20, co-anchoring on Wednesdays with Donaldson and on Sundays with Barbara Walters.

In 1999, Sawyer returned to morning news, under a lucrative contract, as the co-anchor of Good Morning America, with Charles Gibson. The assignment was putatively temporary, but her success in the position, measured by a close in the gap with front-runner The Today Show on NBC, has kept her in the position far longer than anticipated.

On September 2, 2009, she was announced as the replacement for Charles Gibson, who is retiring as ABC's World News anchor. She will become the anchor in January 2010 and will be leaving Good Morning America. Along with Katie Couric, this means two of the three leading anchors will be women.