Mellons over Pittsburgh and the Planet--Part Three: Keeping Pittsburgh Poor 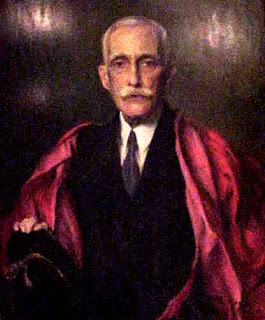 Pittsburgh made the Mellons rich. The city was hell for workers. A 12-hour day was standard in the steel mills. Five hundred twenty-six workers were killed on the job in Allegheny County, which includes Pittsburgh, between July 1, 1906, and June 30, 1907. Sixty percent of women workers earned less than $7 per week, according to the “Pittsburgh Survey,” a pioneering sociological study. Pittsburgh had the highest death rate from typhoid fever in the country, since the water wasn’t even filtrated until 1907. Children suffered the worst. Between 1900 and 1907, an average of 226 out of 1,000 babies died before their first birthday.

This misery mattered to the Mellons about as much as the Johnstown, Pa., flood did.

On May 31, 1889, the club’s poorly maintained dam broke, pouring out 20 million tons of water that would kill 2,209 people in Johnstown. It conveniently put out of action the Cambria Iron and Steel works, Carnegie’s biggest competitor, for more than a year.

In those “good old days” before successful lawsuits, legal cases against the South Fork Fishing and Hunting Club were thrown out of court. Club member and Mellon family lawyer Philander Knox successfully claimed the Johnstown flood was an “act of God.”

Knox collected his reward by being selected to be a U.S. senator, attorney general and secretary of state. After Panama was stolen to build a canal, Attorney General Knox advised President Teddy Roosevelt, “Do not let so great an achievement suffer from any taint of legality.”

The “Great Migration” of African Americans from the South to Pittsburgh started during World War I. The Pittsburgh Courier became one of the most influential Black newspapers in the country.

The dirty and dangerous jobs that African Americans held often gave them a chokehold on production. Steel mills need coke, and apartheid in steel had reserved coke ovens for Black workers.

African Americans at U.S. Steel’s Clairton, Pa., works carried out a series of strikes against discrimination between December 1943 and February 1944. They threatened to idle nearly 30,000 employees by cutting off coke and coal gas.

In 1943, 450 Black workers at Aliquippa’s 14-inch bar mill plant went on strike after the company refused to promote two African Americans to the positions of inspector and straightener. The same year 28 Black firemen at J&L’s South Side Works in Pittsburgh—incensed that white counterparts were earning 11 cents more per hour—shut down the power plant and idled 11,000 workers.

Millions of Black sharecroppers never had the power that thousands of Black steel workers were using against the mightiest corporations in the land.

The Mellons didn’t like this power. Pittsburgh had the worst anti-communist witch hunt.

Ben Careathers and fellow Communist Party members were framed in both state and federal courts on thought-control charges. Steve Nelson, who fought in Spain against fascists, spent two years in jail.

By 1970 the Black population in Cuyahoga County had increased more than four times to 351,574. African Americans in Allegheny County saw their numbers increase by only 67 percent, to 150,118.

Why the difference in these two industrial areas just 130 miles apart? No other Black community in a major Northern metropolitan area grew more slowly than Pittsburgh’s. No other metropolitan area is under the thumb of one billionaire family—the Mellons.

“We have saved this city from becoming a Camden or a Gary,” bragged John P. Robin in 1980. The head of the local urban removal authority was actually claiming he prevented Pittsburgh from becoming a Black and Latino/a majority city.

“The philanthropist Richard King Mellon” was described by the New York Times (May 13, 2000) as having led this urban removal campaign, dubbed “Renaissance I.” In the Lower Hill District 1,500 Black families were driven out so an arena and luxury apartments could be built.

One result of this relatively smaller Black community was Local 1199 being thrown back when it tried to organize Pittsburgh’s hospitals in 1970. John Black, a founding member of Workers World Party who died in 2006, was one of the organizers. Even today health-care workers’ wages in Pittsburgh are among the lowest in the country.

Source: “Out of the Crucible, Black Steelworkers in Western Pennsylvania, 1875-1980,” by Dennis C. Dickerson