"[The poor] are no more real than Bigfoot." - Kathy Shaidle

Today, Kathy Shaidle at Examiner.com let loose with deep-seated antipathy toward anyone doubting the official explanation for Black Tuesday, sounding remarkably like a shill for certain parties in the intelligence "services" who want to maintain the cover stories ...

Gateway Pundit has now uncovered proof that, despite his protestations to the contrary, Van Jones [Obama's "Green Czar"] has been a "9/11 Truther" as far back as January 2002.

Jones served on the "organizing committee" for a group formed in January 2002 ...

I've been saying this for years: if you sincerely believe that agents of the United States government in general, and the President in particular, actually supervised the death of 3000 of your fellow citizens, then it is your duty and moral obligation to either renounce your citizenship and flee the country, or engage in armed revolt.

Failure to do either reveals you, as a "9/11 Truther," to be nothing more than a gutless poseur and a moral exhibitionist, easily thrilled by the dubious frisson of risk-free coffeehouse radicalism. You are beneath contempt. ...

Last week, World Net Daily publisher Joseph Farah stumbled on my latest "Right Wing Radio Week in Review" column at my "Conservative Talk Radio" Squidoo page. he emailed to ask if I'd consider doing the column under the WND banner. I think you can guess my answer!

Here's the official announcement from WND:

Did you hear what happened on Hannity's radio show this week? Wonder what all the buzz is about on Beck? Now, WND enables you to keep up with the world of talk radio – without having to sit through all the commercials, news and weather – by "tuning in" to the newest feature on WND's Diversions page, "Talk Radio Watch."

Each Friday, the feisty blogger from FiveFeetofFury.com, Kathy Shaidle, recaps the week's biggest stories – both on the air and behind the scenes – from all across the radio dial...

And here's my first Talk Radio Watch column, with the latest news about the Michael Savage ban, the Glenn Beck boycott, Mark Steyn's guest hosting stint for Rush, Hugh Hewitt's most embarrassing liberal caller in a long time, and much more.

Hope you'll check it out every Friday!

Shaidle says that she became a conservative after 9/11. She is VERY Catholic.

Ms. Shaidle's writing career is somewhat checkered, and she has her conservative biases. Wilipedia: "In 2008, Shaidle (with four others) was sued for libel by Richard Warman, a former investigator for the Canadian Human Rights Commission. The case is unresolved."

She is opposed in general to human rights issues. "In 2008 Shaidle and journalist Pete Vere wrote and published The Tyranny of Nice, a critique of the Canadian human rights tribunals. ... " 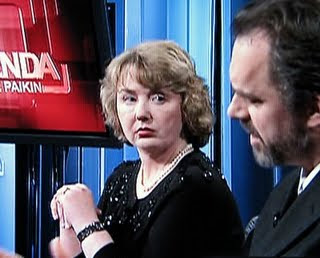 ABOVE ALL, KATHY SHAIDLE IS AN OUTSPOKEN RACIST

She has called Muslims "pathetic, whiny losers" who practise "a sick, sick religion." She has accused Asians of spreading disease in Toronto, disparaged natives and blacks, and suggested the poor "are no more real than Bigfoot."

Now, controversial right-wing blogger Kathy Shaidle may be coming to London to speak about human rights.

The invitation to Shaidle by some members of the city's Jewish community has alarmed anti-racism activists and provided fresh ammunition to the country's heavyweight politicos over freedom of speech.

"She is a purveyor of some of the most offensive racial stereotypes I have ever read," Bernie Farber, head of the Canadian Jewish Congress, said yesterday. ... 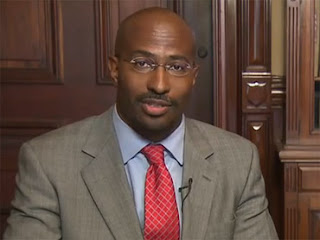 WASHINGTON (Reuters) - A White House environmental policy adviser who specialized in "green jobs" resigned on Sunday after an uproar over his previous affiliation with a September 11 conspiracy group.

Van Jones, special adviser on green jobs at the White House Council on Environmental Quality, apologized on Thursday after videotape surfaced of him using a crude epithet to describe Republicans and amid revelations he had signed a petition suggesting U.S. government involvement in the 2001 attacks in New York and Washington.

The apology did little to quell Republican criticism, however, and President Barack Obama's chief spokesman gave only tepid support to the adviser on Friday.

Jones said he was resigning to avoid being a distraction in the administration's effort to pass healthcare reform and climate change legislation.

"On the eve of historic fights for health care and clean energy, opponents of reform have mounted a vicious smear campaign against me," Jones said in a resignation letter that was released to the media.

"I cannot in good conscience ask my colleagues to expend precious time and energy defending or explaining my past. We need all hands on deck, fighting for the future," he wrote.

but everyone says 9-11 is an echo of 1993, and the CEO of WND published "FBI and the Mad Bombers" which accurately describes 1993 as a plot by the govt and FBI with an Egyptian Intelligence provocateur.

look it up! WND contradicts it's own prior statements.