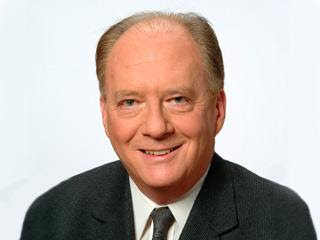 DETROIT -- Making money from government service and war, and lining the pockets of family and friends is a sacred creed in the Bush family. The Corleone family in "The Godfather" showed more restraint and was less inclined toward violence than the greedy gangsters the Bush crime family unleashed on the world.

Using public office and influence to make millions is so ingrained in the Bushevik regime that they don't even think twice when they raid the public treasury to take care of themselves.

Vice President Dick Cheney cashed in on his stint as secretary of defense to rake in millions in government contracts as CEO of Halliburton. The no bid, cost-plus contracts Halliburton subsequently landed in Iraq are just good business deals, expected spoils for imperial lords. The fact that Cheney was still getting residual payments from the company should in no way be considered a conflict.

As the Bushes gather this week, they have much to be thankful for. Their family business thrives and their wealth grows as the rest of the nation worries about having a job, making mortgage payments, having health insurance and paying for college tuition -- concerns unknown and unfelt among the well-stuffed Bush brood.

Neil Bush, the president's brother, is cashing in on the No Child Left Behind Act. Neil, you'll recall, escaped indictment for his role in the collapse of the Silverado Savings and Loan. The taxpayers picked up the tab for his malfeasance. Failure in business means nothing when all you have to do is shake down your daddy's pals for your next entrepreneurial experiment.

Neil's company Ignite! Learning is doing quite well. With his parents and their Saudi pals bankrolling the venture, Neil has been winning contracts all over the country from school districts anxious to buy his software products. Over the last three years, Ignite! has brought in $20 million, charging $30 a student for its signature product, Curriculum on Wheels, known as COW. But Citizens for Responsibility and Ethics in Washington (CREW) is wondering whether Bush's family ties, not the quality of the software, may have something to do with the company's success.

Under pressure from CREW, the inspector general of the U.S. Department of Education has agreed to investigate whether federal money is "appropriately being spent." CREW is arguing that the Ignite! product does not meet the legal requirements detailed in the No Child Left Behind legislation.

But education spending is just chump change for the Busheviks. They know the real money is in war. The more war, the more money they make. Perhaps the most ignominious legacy -- and there are many rivals -- of the Bush era will be the privatization of war and the profiteering that resulted.

Congress' Joint Economic Committee now estimates the true cost of Bush's wars will amount to a staggering $3.5 trillion when all the hidden costs are realized. That includes the costs of treating wounded veterans and the war's impact on soaring oil prices.

The simple way to end the madness is for the Democrats in the Senate and House to insist that the war be financed on a pay-as-you-go basis. No more war on the national credit card. Insist that tax revenues pay for military expenditures. What fiscally responsible lawmaker could oppose the proposal? Don't saddle our children with unconscionable debt. If you support the war, then pay for it. Of course, the Democrats don't have the nerve to play that card, and the Republicans don't care about controlling government spending unless it's for health care.

Blackwater Worldwide, the evangelical Christian-run mercenary company, is the poster child for the gold-lined war firms making fortunes through debt-financed government contracts. Even after the Nisour Square massacre, where Blackwater Hessians gunned down unarmed Iraqi civilians on Sept. 16 in Baghdad, the company has lost none of its clout with the Bush administration. The Wall Street Journal reports Blackwater is on the short list of contractors in the running to grab a $15 billion contract to wage war on the narcotics trade the Bush administration claims funnels money to fund terrorism.

Blackwater owner Erik Prince has been a major contributor to Bush and other Republican campaign causes. Prince's sister Betsy is married to Dick DeVos, the billionaire Amway heir and Republican kingpin.

The Journal reports the company "maintains that its ability to win additional government business hasn't been affected by scrutiny from Congress, the State Department and Justice Department. Blackwater spokeswoman Anne Tyrrell said, 'Customers have confidence in our ability to perform in a capable professional manner.'"

Of course the "customers" are George W. Bush, Dick Cheney and Secretary of State Condoleezza Rice. Just as the new gravy train for Blackwater was revealed, The New York Times reported an FBI investigation concluded that at least 14 of the shootings in Nisour Square "were unjustified and violated deadly force rules in effect for security contractors in Iraq, according to civilian and military officials briefed in the case."

But don't expect any of the Blackwater killers to face justice, in spite of evidence "that the company's employees recklessly used deadly force." L. Paul Bremer, Bush's former viceroy in Iraq, gave blanket immunity to Blackwater and other contractors. Blackwater thugs guarded Bremer during his disastrous watch and still provide security services for State Department personnel in Iraq.

The State Department's inspector general was supposed to be investigating Blackwater's penchant for bloodshed, but that probe is now entangled in the Buzzy and Cookie affair.

Howard "Cookie" Krongard is the State Department's inspector general. His brother Alvin "Buzzy" Krongard is a former executive director -- the No. 3 post at the CIA -- and until last Friday a paid member of Blackwater's advisory board. Howard Krongard at first flatly denied his brother's business relationship when Rep. Henry Waxman, D-Calif., questioned him about it at a hearing last week. Indignantly claiming his brother had no links with Blackwater, Krongard insisted to Waxman that "when these ugly rumors started recently, I specifically asked him. I don't believe it is true that he is a member of the advisory board."

There was a break in the hearing when Kronberg phoned his older brother. He came back looking like a kid caught -- I can't resist -- with his hand in the cookie jar. "I want to state on the record right now," Kronberg told Waxman, "that I hereby recuse myself from any matters having to do with Blackwater."

Buzzy Kronberg was, indeed, on the Blackwater advisory board but he abruptly resigned, apparently in an attempt to defuse the controversy. Buzzy admitted to The New York Times that he helped Blackwater gets its first big contract from the CIA for guards sent to Afghanistan in 2002.

Friends say Buzzy and Cookie have long been estranged. Buzzy says he told Cookie he was joining Blackwater's advisory board, and Cookie told him that was not a good idea. Cookie testified no such discussion ever occurred. Henry Waxman will help the Kronberg boys try to get their stories straight under oath.

For Buzzy, the Cheney family, Erik Prince and all the Bushes, war has brought them a good life They have much money to be thankful for this week, and they'll repeat a phase that has profound meaning for them: "Please pass the gravy."
•••••••••••
http://www.niagarafallsreporter.com/gallagher341.html
Posted by Alex Constantine at 11:27 PM