What?? The nine freed "outside agitators" weren't goose-stepping "Islamo-fascists," after all? But .... weren't these ruthless killers ... from the dreaded Iranian "elite" security bund? ... 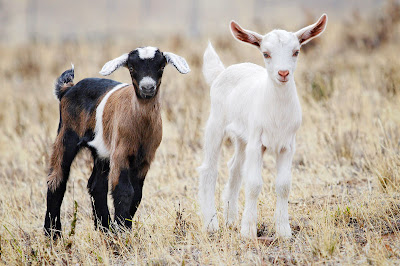 " ... US officials accused them of being members of Iran's elite Quds Force.... Iran said [five] were diplomats working in a facility that was undergoing preparations to be a consular office. 'From the beginning of the abduction of the five Iranian diplomats, we said they were innocent. Now the US military has confirmed it," Mohammad Ali Hosseini, the Iranian foreign ministry spokesman, told state radio in Tehran.' ... "

Nine Iranians were released today from US custody in Iraq, including two who had been held for 10 months facing accusations of being members of an elite Iranian force suspected of arming Shia extremists.

Another released detainee was just a few days short of being held for three years without charge after he was captured in Falluja and accused of fleeing the scene of a mortar attack.

The US military said all nine were released to Iraqi officials. They were transferred to the Iranian embassy in Baghdad before returning to Iran.

Two of the released men - identified by the military for the first time as Brujerd Chegini and Hamid Reza Asgari Shukuh - were among five people captured when American troops stormed an Iranian government office in the northern city of Irbil in January.

At the time, US officials accused them of being members of Iran's elite Quds Force, an arm of the Revolutionary Guards that Washington has accused of funding and arming Shia extremists fighting American forces in Iraq. Iran said the five were diplomats working in a facility that was undergoing preparations to be a consular office.

"From the beginning of the abduction of the five Iranian diplomats, we said they were innocent. Now the US military has confirmed it," Mohammad Ali Hosseini, the Iranian foreign ministry spokesman, told state radio in Tehran.

Mr Hosseini said that he hoped the remaining three Iranians detained in Irbil would also be released soon.

The US statement said the Iranians were released after a "careful review of individual records to determine if they posed a security threat to Iraq and if their detention was of continued intelligence value".

"All nine individuals were determined to no longer pose a security risk," it said.

Today's release came a day after US authorities freed about 500 Iraqi prisoners in an ongoing push to empty American jails of detainees no longer deemed a threat.

The US military confirmed it was holding 25,800 Iraqis who have not been charged, and about 17,000 of those were captured this year in campaigns to secure Baghdad and its surrounding areas.

Last week, the US defence secretary Robert Gates said Iran had made assurances to the Iraqi government that it would stop the flow into Iraq of bomb-making materials and other weaponry that the Bush administration claims has inflamed insurgent and militia violence.

The No 2 US commander in Iraq, Lt Gen Ray Odierno, said last week that there had been a sharp decline in the number of explosively formed projectiles found in Iraq in the past three months.

The US military identified the other seven Iranians as follows:

· Hussain al-Kobadi, captured on November 20 2004 in Fallujah, where he had been allegedly attempting to flee the scene of a mortar attack.

· Ibrahim Mahmud Ahmed, captured on April 8 2005 during a raid in Ramadi.

· Adil Wusayn Shamarad Muhammad and Azzam Hasan Karam Abd, both captured on February 20 2006 "during a raid to disrupt al-Qaida operations in Iraq," the military said. The statement did not specify where Mr Mohammad and Mr Abd were captured.

· Mohammad Ali Abbas al-Buzuda, detained on May 6 2007 by Iraqi police in al-Qadisiyah, for illegal entry into Iraq from Iran.

· Jafan Allah, taken into custody on July 26 2007 after he turned himself in to authorities at a border checkpoint.

· Habib Muhammad Ghuribani Kurdi, captured on August 1 2007 "during an intelligence-driven raid aimed at capturing a senior insurgent," the military said.
Posted by Alex Constantine at 12:25 PM