A Tale of Three Show-Trials 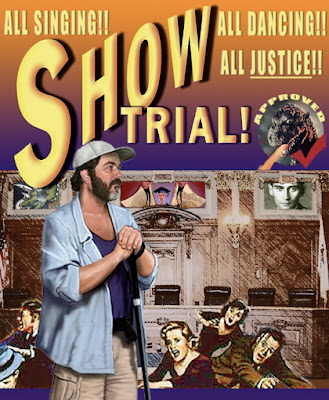 This week's failure to win any convictions against the Holy Land Foundation for Relief and Development (HLF) -- once the largest Muslim charity in the US -- was the third show-trial of Muslims in post-9/ 11 America. In February this year, a federal jury in Chicago acquitted Mohamed Salah and his co- defendant Abdel-Halim Ashqar of supporting terrorism financing. Salah was charged with "terrorism" based upon a confession extracted by torture in an Israeli jail. In December 2005, former college professor Sami Al-Arian was acquitted on eight counts of aiding the Palestinian Islamic Jihad. After a six- month trial, jurors deadlocked on nine other counts.

What is common in the three major trials? The three cases have been touted by the Bush administration as a major breakthrough in disrupting "terror financing cells". The Holy Land case was considered so significant that President George Bush personally announced the seizure of its assets in December 2001. He made this announcement at a press conference in the Rose Garden four days after a request from then Israeli prime minister Ariel Sharon. The president said that money raised by the group, "is used by Hamas to support schools and indoctrinate children to grow up into suicide bombers".

In 2004, John Ashcroft, then US attorney-general, personally announced the indictment in the HLF case. "This prosecution sends a clear message: there is no distinction between those who carry out terrorist attacks and those who knowingly finance terrorist attacks. The United States will ensure that both terrorists and their financiers meet the same, certain justice," he said.

At the time of Al-Arian's 120-page indictment in February 2003, Ashcroft said Al-Arian had been actively funding terrorist attacks in Israel. Ashcroft described Al-Arian as the US leader of Palestinian Islamic Jihad, a charge that was not proven.

The case against Salah, and his co-defendant Ashqar, was deemed so significant that Ashcroft along with Chicago US Attorney Patrick Fitzgerald announced the indictments in a news conference in 2004. At the time, Ashcroft said that these two men "played a substantial role in financing and supporting international terrorism... [and] took advantage of the freedoms of an open society to foster and finance acts of terror."

With beefed-up investigative powers authorised under the Patriot Act, the prosecution utilised all the "legal" tools available in post-9/11 America: secret evidence, years of secret wiretapping, and even evidence extracted through torture by Israelis. During the trial of Salah, the judge's rulings set very negative precedents regarding due process for future cases. First, the judge admitted Salah's confession when he sided with the prosecution claim that Salah was not tortured. Second, the judge allowed two Israeli agents to act as witnesses using fictitious names. Consequently, in the HLF trial, Israeli agents were admitted as witnesses using fictitious names.

The jurors who had the courage and integrity not to fall for the government's much abused "terrorism" rhetoric should be saluted. In the HLF case, even one juror proclaimed that there was no credible evidence with the government relying on information dating back 20 years, before Hamas had been declared a terrorist organisation by the US, as well as "secret" documents and anonymous intelligence witnesses from Israel.

The Dallas court has declared mistrial in the HLF case, but still pending before the court is a request from the Council on American-Islamic Relations (CAIR) to strike a list of un-indicted co-conspirators filed by prosecutors in the case. The HLF prosecutors used McCarthyite tactics by implicating mainstream Muslim groups to silence genuine Muslim voices while providing ammunition to anti-Muslim organisations. The Department of Justice (DOJ) named 306 individuals and organisations as un-indicted co- conspirators that includes the largest Muslim civil rights group, CAIR, the nation's largest Muslim educational source, the Islamic Society of North America (ISNA), and the North American Islamic Trust, the country's largest holding company of deeds to about 300 mosques, Islamic centres and schools in the US.

The perverse nature of the "un-indicted co- conspirator" designation made public in the HLF case is that those so-designated cannot challenge the designation in a court of law and thus have no way to restore their reputation to its earlier standing. This is a unique situation where any person or organisation can be designated "guilty by association" and stigmatised as such without legal redress. There is no doubt that the DOJ in selecting that list of organisations and individuals intended to accomplish such results, especially for three of the largest and most effective American Muslim organisations.

It will not be too far to say that the three show-trials are likely to go down as one of the greatest abuses of the American legal process. About 500 cases have been brought against Muslims in America after 9/11. Tellingly, half of these have been dismissed as being without merit. The rest have all resulted in either acquittals or negotiated pleas on minor charges that are unrelated to the original indictment. Of the 500 cases, it is estimated that some 30 of them may have had some reasonable foundation in law.

The supposed foundation of America's legal system is transparency. If one side makes an argument to a judge, the other side gets to be there to disagree. However, the emerging national trend goes against this. Although a defendant has a right to challenge any search and seizure, which would include wiretap evidence, challenging the constitutionality of those wiretaps is difficult without knowing what evidence was used to secure them. Federal prosecutors simply say, "you are not entitled to know. We will give the information to the judge, and the judge will decide," as was the case for Salah.

The government often requires defence lawyers to obtain a security clearance in order to view key evidence against their clients. Even if attorneys get security clearance, they are not allowed to discuss classified evidence with their clients. Other members of the defence team can see classified evidence only if the judge approves. And prosecutors also are allowed to file ex-parte evidence that is reviewed only by the judge -- not defence attorneys.

In Al-Arian's case, the government also classified "hundreds of thousands of hours" of wiretapped conversations and initially refused to release them to Al-Arian, even though he had been a party to them. The judge eventually declassified the information, allowing it to be seen only by the defence attorneys.

The Bush administration's judicial "war on terrorism" is cloaked in controversy. Legal scholars find the DOJ inflates its prosecution tally by classifying immigration and other low-level offences as terrorism. A Washington Post investigation reveals that most DOJ "homeland security" cases have no terrorist connections at all. Prosecutions are littered with flawed investigations, false accusations, ineptitude and malfeasance. Here are few more examples.

Sami Al-Hussayen, a Saudi and University of Idaho graduate student, was acquitted of terrorism charges, including raising money for Palestinian militants and "building websites to recruit jihad terrorists". In June 2004, a jury of four men and eight women returned their verdict after seven days of deliberation following a trial lasting seven weeks. Jurors could not reach verdicts on three false statement counts and five additional visa fraud counts, and a mistrial was declared on those charges. Mortified prosecutors got off the hook when Al-Hussayen agreed to deportation rather than challenge minor immigration violations. He left the US in July 2004.

Ahmed Omar Abu Ali, a Saudi-American, was sentenced in a US federal court in Virginia to 30 years' imprisonment on 19 March 2006, but the jury was not allowed to hear evidence supporting his claim that he was tortured into confessing while he was held for one and a half years without charge or trial in Saudi Arabia (a country infamous for human rights violations). Amnesty International expressed serious concern that the flawed case may have set a worrying precedent on the admissibility of torture evidence in US courts.

Richard G Convertino, the one-time federal prosecutor who won two convictions in the nation's first terror trial after 9/11, was formally indicted on 30 March 2006 on charges that he built that case on perjury and deception. The four-count indictment alleges Convertino and Harry Raymond Smith III, a State Department security officer in Amman, concealed photographs and lied under oath about a hospital in Jordan that was supposedly a terrorist target. The pictures could have helped the defence attorneys, authorities say. The indictment marks another low point for the government in the disastrous "Detroit sleeper cell" case in which a jury convicted in June 2003 two of the men of terror-related charges and another man of document fraud. A fourth man was acquitted.

Reverting to the high profile trials, although the prosecution failed to get a guilty verdict by the jury, such high profile arrests and trials are producing the desired results: intimidation of the Muslim community, defaming their faith (which is linked to acts of terrorism) and straining its financial resources because million of dollars are paid by the community in defence expenses. Nobody more bluntly expresses this attitude than Hatem Bazian, professor at the Near East and Ethnic Studies Department of the University of California-Berkeley, who believes that similar to the COINTELPRO against African Americans during the 1960s, Arabs and Muslims are currently facing a new FBI counterintelligence programme.

COINTELPRO is the acronym for a series of FBI counterintelligence programmes designed to neutralise political dissidents. In the 1960s and 1970s, the programme was directed against civil rights movements, and especially against the community leadership of African Americans, Latinos and Native Americans. In the 1980s, there was a programme against Central American solidarity groups. Drawing on Brian Glick's boo, War at Home, Bazian pointed out that four methods were employed by the FBI during the height of the COINTELPRO programme during 1960s and the same methods are being employed now, which are: infiltration; psychological warfare from outside; harassment through the legal system; and extra-legal force and violence.

The logical consequences of this campaign are reflected in opinion polls. According to the Washington Post -ABC News poll of March 2006, a growing proportion of Americans are expressing unfavourable views of Islam, and a majority now say that Muslims are disproportionately prone to violence. The proportion of Americans who believe that Islam helps stoke violence against non-Muslims has more than doubled since the 9/11 attacks, from 14 per cent in January 2002 to 33 per cent today, the poll indicated. Following from this negative perception, there are now more hate crimes against the Muslim community: hate mails, attacks on Mosques/Islamic centres and in many cases the rejection of plans to build new mosques/Islamic centres or expand existing ones. Just one example: after facing anti-Muslim sentiment at a public hearing in March 2006, the West Penn Cultural Centre, a Turkish organisation, dropped its plan to turn a vacant school in South Park, Pennsylvania, into a cultural centre. Multiple additional examples prove the point.

There cannot be two opinions on the priority of security and safety for the nation, but one wonders if such headline grabbing arrests and trials made the nation safer, or whether they are being used to maintain a state of fear among the masses and usurp their civil rights in the name of national security.

* The writer is executive editor of the online magazine American Muslim Perspective (www.amperspective.com) .