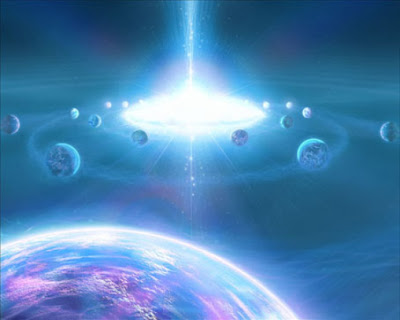 In an anonymous post concerning my research on Urantia, the CIA mind control front, I am whittled down to size for having written that the cult is a Skull & Bones spin-off. (See: http://activistnyc.wordpress.com/2007/10/27/agent-baiting-guilt-by-association-and-religious-bigotry-2/)

My critic "'Alex Constantine, a widely respected researcher and author on mind control, cults, and related topics, writes: ‘The Urantia Brotherhood is a Skull & Bones spin-off.’ On what grounds does the 'widely respected researcher' Alex Constantine allege that the Urantia Brotherhood is 'a Skull & Bones spin-off?' Salter quotes Constantine as saying that the Urantia Brotherhood’s holy text was 'supposedly channelled by a member of the Kellogg family, which had four members enrolled in Skull & Bones fraternity at the time to book was produced.' In other words, if someone is a member of Skull and Bones, then anything that any relative of that person says or does must be at the behest of Skull and Bones.”
http://activistnyc.wordpress.com/2007/10/27/agent-baiting-guilt-by-association-and-religious-bigotry-2/

The Kelloggs were Seventh Day Adventists, and I devote more attention to this church than the Yale secret society because that link is more relevant to Urantia's metaphysics. BUT it isn't all metaphysics. The Urantia Book is a "treatise" on racial eugenics, a political and academic document that reflects the beliefs and serves the political purposes of the social class that makes up S&B:

Prescott Bush's "trading with enemy" (Nazis) was "unknown publicly and had no bearing when he ran for Senator in 1950, but last minute revelations of his "contacts with birth controllers" … "cost him the election ... " (Yale and many of the Skull & Bones’ family have been at the forefront of the 'race-science movement' - a whole story in itself. Yale economist Irving Fisher, S&B 1888, was the founder of the American Eugenics Society.)"
http://www.ctrl.org/boodleboys/boodleboys1.html

Dr. Kellogg himself was a great believer in race science, and so was his psychiatric coeval in the founding of Urantia, William Sadler. Salter notes: "Sadler got his start working for Dr. John Harvey Kellogg, Adventist surgeon," and writes of "the intimate connections" to Skull & Bones.

Sadler was employed by an S&B family. Further, there is Sadler's marriage to Leona Kellogg. Sadler was an S&B family member, too; that's two members of the family founding the Urantia sect, not one, as assumed above.

But that doesn't matter - it's a spin-off. Secret societies and cults are constantly spinning off new lodges. The OTO, for instance, has spun off numerous Crowleyite sub-organizations because individual members walked away and formed their own lodges. (For numerous examples, see The Ultimate Evil, by Maury Terry.)

Michael Aquino left the Church of Satan and founded the Temple of Set. It is accurately described as a "spin-off." It only takes one S&B member to conceive Urantia, and that's properly referred to as a spin-off, despite my critic's protests. Take it from a "widely respected researcher and author on mind control, cults, and related topics."

Many of the cult's early members had positions in government and poltical bodies like the UN - similar to the career paths of Bonesmen. Where do you suppose Unrantia's founders got the idea of recruiting from and infiltrating government and NGO bureaucracies?

But take a closer look at the cult's "channelled" bible. The Urantia Book is highly political: "Dr. Sadler whose Urantia book preaches World Government under a World Executive - much like the Rockefeller drive for global government. ... "
http://questionsquestions.net/docs04/belitsos-urantia.html

The Urantia book is a reflection of S&B doctrines. See, for example, "Bush Family, Skull and Bones and Nazi Eugenics," November 10, 2007 post -
http://wwwthesixthestate.blogspot.com/2007/11/bush-family-skull-and-bones-and-nazi.html

The Kelloggs were prominent in the secret society. 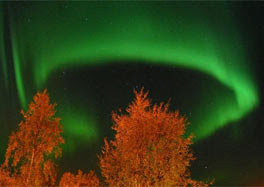 The Urantia book is a mind control tool that serves the upper-class comprising Bones. It is larded with the same eugenics that have been a hallmark of S&B for the past century:

from The Urantia Book -- Part III. The History Of Urantia PAPER 111: Section 4.The Inner Life

“unrestrained multiplication of inferiors, with decreasing reproduction of superiors, is unfailingly suicidal of cultural civilization”
The Urantia Book -- Part III. The History Of Urantia
PAPER 79: Section 2. The Andite Conquest Of India

“The indigo [Black] race was moving south in Africa, there to begin its slow but long-continued racial deterioration.”

"Notwithstanding this obstacle, it seems that you ought to be able to agree upon the biologic disfellowshiping of your more markedly unfit, defective, degenerate, and antisocial stocks." (P.585)

"Having failed to achieve race harmonization by the Adamic technique, you must now work out your planetary problem of race improvement by other and largely human methods of adaptation and control." (P.586)

I called Urantia a spin-off of the well-heeled Yale fraternity - my critic quibbled. But further along in his critique of me, he dismisses with a snort my postings on mind control technology. Well, I've written about the technology for 20 years, and each article was documented. The technology exists, but some flatly refuse to believe the hundreds of documents and articles on the topic that I can and have produced. If someone simply refuses to believe it, and abuses me due to ignorance, I can only shrug and ponder the complexity of his psychology, but I've already responded in those articles on the technology and have no desire to repeat myself.

My detractor writes: "10/30/2007: I just now came across A Urantia, 9/11Truth.org & CIA Mind Control Technology Development Timeline by Alex Constantine. Here, Constantine ... talks about possible infiltration of the Urantia movement by the NSA and CIA, long after its founding." I don't even recall writing a timeline, but ... not "possible infiltration," but without a doubt. The Bones society is also known to be on close terms with the CIA, but the Urantia sect had long been a front for agents of government and the Complex before the CIA came along. "On this page, Constantine comes across as reasonably cautious," good to know that I can do that, thanks for the vote of confidence, "although he nevertheless gives credence to some hard-to-believe claims such as 'It is believed that secret technology also presently allows for direct wireless access to an unwitting subject’s visual cortex both for inputting and downloading of realtime awake and dreaming field of vision data.'"

After dismissing me, however, my critic admits his ignorance: "I should learn more about the CIA’s mind control experiments."

Now, WHERE will he read about those experiments? In my books, possibly, after dragging me through the slime? "It is known, at least, that the CIA did conduct such experiments ... " Yes, I and others have exposed that ... I'm derided here, but spent years researching and writing about mind control experimentation - so the uninformed, anonymous poster could cite my own work as he carves me up. " .... although some of the claims that have been made about them have been rather wacky. (See the thread Judy Wood and the False Memory Syndrome Foundation in the Truth Action forum.)"

First of all, I'm not sure that I wrote the sentence ascribed to me - I edited that piece, if it's even mine, and I don't recall it (I'm a busy little researcher). But the tech can do much more than that and I say so elsewhere. But there is no doubt that it exists.

My critic's lack of knowledge puts him in a position to judge someone who spent years researching the subject?

The important thing is that these "wacky" devices are used to torture innocent civilians. Everyone who dismisses the technology as non-existent is leaving torture victims to twist in the wind. My critic, rather than act as an accomplice to torture, should go read the articles and books (mine included), and as he acknowledges, learn about mind control before addressing the topic and bad-mouthing me - then he won't seem (so long as we are talking about appearances and impressions - without bothering to lift a finger to correct them) such a misguided, trivial ass.

But let's sum up these criticisms of myself. I am guilty, the headline says, of:

I don't mind the first two accusations because they are pointless, but I'm a "religious bigot" ... because I frown on organized mind control/intelligence fronts ... that preach the decimation of inferior races ... and derationalize the guinea pigs ...

What gets into me?

Whoever wrote this, I say it's a good thing the backward creature didn't include a by-line ... . 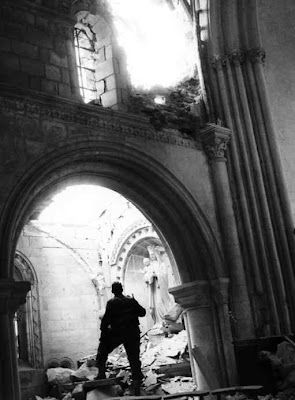 Imagine if I had actually written something false and defamatory - you know, followed my detractor's example. He'd be angry THEN, I'm sure. I'm not irate, though. I am too sorry for every programmed prole who thinks this way. Fascism has got them, and they don't have the cognitive skills necessary to open up the universe a little and see that for themselves. Instead, they are prone to acting out on anti-fascists because they don't understand what's going on around them, and reports on fascist conspiracies "seem" incredible. The result is always flaming brainwash juvenalia vomitted my way. Unfortunately, it comes spuming up with rage and insults directed at myself as the prole passes through the denial stage, similar to the child's throes of profanity in The Exorcist. I never liked that part of the job so much ...
Posted by Alex Constantine at 5:45 PM