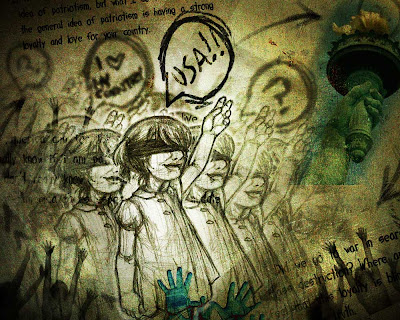 Washington, D.C. (AHN) - The federal judge who oversaw the case against Zacarias Moussaoui, the only person convicted by the U.S. for the Sept. 11 terrorist attacks, said on Tuesday she had lost confidence in the ability of the CIA and government lawyers to provide correct information regarding terrorism cases.

In a post-trial hearing for Ali al-Timimi, a Muslim scholar convicted for convincing young men to join the Taliban, U.S. District Judge Leonie Brinkema told reporters she now had doubts about the reliability of government briefs regarding classified documents.

Ali al-Timimi was convicted in 2005 of 10 counts of treason after it was proven that he led a group of young Muslims in Virginia to train for holy war by playing paintball games before the Sept. 11 terrorist attacks.Defense attorneys challenged the conviction after reports revealed that President Bush had authorized the National Security Agency to conduct warrantless domestic surveillance as part of the government's war on terror. They claimed that evidence obtained from NSA's surveillance should not have been used to convict Ali al-Timimi.

Prosecutors in the Moussaoui case admitted to Brinkema in a letter made public on Nov.13 that the CIA had wrongly assured her no evidence of interrogations of suspected terrorists existed, when in fact there were videotapes of some detainees.

Moussaoui was sentenced in May 2006 to life in prison without parole after pleading guilty to six criminal counts of conspiracy to commit acts of terrorism across international boundaries, to destroy an aircraft, to commit aircraft piracy, to use weapons of mass destruction, to murder Americans and destroy American property.

Prosecutors called the order "unprecedented" and urged Brinkema to withdraw it. The motion was filed by Chuck Rosenberg, the U.S. attorney for the Eastern District of Virginia.

Brinkema's order would allow the families' attorneys access to "highly sensitive" law enforcement documents and could compromise the continuing investigation into the September 11, 2001, terrorist attacks. The inquiry is "the largest criminal investigation in our nation's history, which is still ongoing," the motion says.

"This order will likely provoke negative consequences for numerous criminal cases in the future," prosecutors said. Rosenberg requested a May 19 hearing.

Among the 65 plaintiffs in the civil case is Mike Low, whose daughter, Sara, was a flight attendant on the first plane to strike the World Trade Center. He testified as a government witness in the criminal case.

The plaintiffs sued the airlines for wrongful death in 2002, rather than accept compensation from a federal fund that gave $7 billion to families. Brinkema agreed with their attorneys that legislation creating the victims compensation fund protected the rights of nonparticipating families to bring a negligence claim.

In their motion, prosecutors argued that the aviation security documents are specially selected materials provided to a small group of attorneys cleared to handle sensitive evidence in the Moussaoui case.

"The government never contemplated this material would be disclosed more widely for use in private civil litigation," the motion says.

Ron Motley, an attorney who successfully argued for access to the documents last month, said he would reply to the government's motion next week.

"We have not asked the government to give the 9/11 victims one single thing they didn't provide to Moussaoui's lawyers," Motley said.

The order would require the government to begin turning over copies of documents two weeks after a verdict is returned in Moussaoui's trial.

The plaintiffs have struggled with the Transportation Security Administration to obtain pre-September 11 aviation security documents.

"It is amazing what some agencies think is secret," Brinkema said before issuing her order last month. "As a culture, we need to be careful not to be so wrapped up in secrecy that we lose track of our core values and laws."

The families' pursuit was triggered by the revelation early in the Moussaoui trial that TSA lawyer Carla Martin improperly coached witnesses. Martin, who had prepared aviation security documents and witnesses in the case, sent witnesses transcripts and commentary by e-mail, even though a court order required scheduled witnesses to ignore the proceedings.

Martin's e-mail chain revealed she had been communicating with airline attorneys, and the families' attorneys suspected collusion.
Posted by Alex Constantine at 2:58 PM