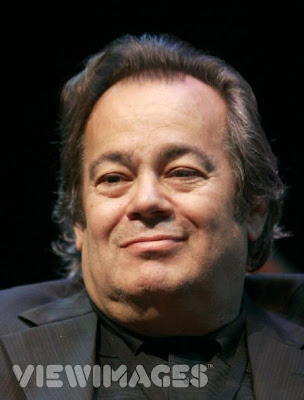 No, not Chuckie - Marc

Marc Cooper - the Nation/Pacifica/KCRW/LA Weekly pundit who is forever scrutinizing liberals for signs of communist influence to publicize and cluck his tongue over - noted in an Internet posting, entitled "Nader's Nadir," that Peter Comejo, Ralph Nader's running mate, was, in the '60s, sponsored by the "Trotskyist" Socialist Workers Party (SWP).

"Even as he insists he¹s capable of peeling off substantial numbers of
disgruntled Republican voters," Cooper writes, "Nader nevertheless tapped
Peter Camejo, a Green Party honcho with an exclusively leftist appeal, as
his VP choice today."

Peter Camejo, Cooper spat, "has been a dusty fixture on the radical left for
literally decades. Back in the sixties, Camejo ran for president on the
ticket of the Trotskyist Socialist Workers Party. Camejo got 5% of the vote
as the 2002 Green Party candidate for California Governor. Last fall he ran
again in the recall election but by the end of the race was mostly polishing
the apples of doomed Democratic candidate Cruz Bustamante."

The rest of us recall that Peter Camejo was the sole voice of rationality in
the last California governor's race. Yah?

Nader couldn't have shown more integrity in his selection of a running mate. Camejo spoke eloquently against the war in Iraq, villified war profiteers and blind Pentagon idealogues for sacrificing the lives and interests of the country in the pursuit of illicit geopolitical and economic gains, while the other candidates performed in an embarassing parade of whorish marionettes with visible strings.

Indeed, in his youth, Peter Camejo's name was tied to the SWP. Cooper, who
echoes the Birchite rhetoric of the Cold War - the Bureau claimed falsely
in 1975, before the Pike Commission, that the Socialist Workers' Party had
intimate ties with the "Fourth International" (Pike Report, p. 171) - fails somehow to mention that the SWP was a very clean organization.

According to the Pike Report, published in 1977, the SWP has "avoided
illegal and potentially violent confrontations with the authorities during
any sort of civil protest. Nevertheless, this had no apparent impact of 34
years of productive spying." Party members, Camejo told Pike's
investigators, were even "forbidden by the SWP to smoke marijuana."

The bureau had no incriminating information on Camejo or the Party
whatsoever (Pike, p. 172) -- despite tight surveillance of their activities.

"The bureau apparently formulated a philosophy, in this case, to justify
their investigation," Pike's commission observed. "Considerable resources
have been allocated to compound the error."

For instance, he FBI's Internal Security agents engaged in a "massive"
intelligence operation to undermine the SWP. Landlords and fellow employees of SWP members were interviewed. "The FBI," Pike reported, "also maintained intensive surveillance of most, if not all, of the SWP's 2500 members."

In their attempts to discredit the SWP, Hoover's agents engaged in tactics
that were undeniably as "Stalinist." But Cooper has an axe to grind with an
organization that even Hoover found to be blameless, forcing the beefy,
criminalized director of the Bureau to render his groundless "Fourth
International" smear.

As Cooper himself notes, Camejo's past is obscure to most of us. But KPFK's
own Prince of Darkness has dredged it up, without elaboration, as if a
40-year-old alliance has the slightest bearing on the 2004 election race,
and somehow marginalizes Nader.

In his criticism of the running mate, he borrows the rhetoric of a David
Horowitz or Sean Hannity. Yet again, Cooper engages in Red baiting, and we
can only ponder his motives. No one else in the press is making an issue of
the candidate's "Trotskyist" past. Why does Cooper, who can find Camejo's
past ties, fail to point out Bush's ties to any number of ruthless killers,
fascists, swindlers and terrorists on the Right.

What¹s up with Ralph Nader? He¹s making less sense every day. While he
eschewed the Green Party this time around to run an "independent"
presidential campaign, and even as he insists he¹s capable of peeling off
substantial numbers of disgruntled Republican voters, Nader nevertheless
tapped Peter Camejo, a Green Party honcho with an exclusively leftist
appeal, as his VP choice today.

Camejo, a Bay Area-based fund manager, has been a dusty fixture on the
radical left for literally decades. Back in the sixties, Camejo ran for
president on the ticket of the Trotskyist Socialist Workers Party. Camejo
got 5% of the vote as the 2002 Green Party candidate for California
Governor. Last fall he ran again in the recall election but by the end of
the race was mostly polishing the apples of doomed Democratic candidate Cruz Bustamante.

If Camejo could muster more than 100 Republican or conservative votes
(disgruntled or not) nationwide it would be a miracle. So much for Nader¹s
notion of appealing across ideological lines.

The Nader campaign ­ what there is of it‹now seems to be driven by the same bureaucratic imperatives of any traditional campaign, albeit on a micro
scale. Ralph now just wants to get on as many ballots as he can, at whatever
cost, and with whomever it takes to get there.

My colleague Dougie Ireland, already outlined earlier this year Nader¹s grim
alliance with whacko cultists ­ a marriage cooked up to get Ralph on the New
York ballot. Now Nader¹s choice of hack Camejo is aimed not at winning any
serious number of voters but rather at picking up the Green Party¹s formal
endorsement, along with its ballot line in 22 states.

The Greens meet in convention this week where in between ³twinkling² at each other they will decide whom if anybody to nominate for president. Lawyer David Cobb has been leading with a plurality of delegates promising to run a "strategic" campaign that would not draw votes from John Kerry in key toss-up "battleground" states. But Nader now might also pick up the
delegates that had been pledged to Camejo.

Nader could very well then finish this weekend as, once again, the official
Green nominee. But the Party itself is almost certain to emerge from the
convention weakened and split.

I don¹t think much of this matters very much as I wrote earlier this year.
The Green Party, like Western Civilization, is a good idea that never really
got off the ground. Nader, meanwhile, seems to be rapidly squandering a
lifetime¹s worth of well-earned respect. Running a third party campaign
during this election cycle would have been tough enough even if conceived
and implemented in the most thought-out, strategic, and serious manner. Now, with Camejo as his running mate, Nader¹s lonely quest threatens to turn into nothing more than a carnival sideshow.
Posted by Alex Constantine at 11:23 AM