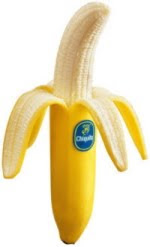 " ... The CIA was using companies like Zapata to stage and supply secret missions attacking Fidel Castro’s Cuban government in advance of the Bay of Pigs invasion. The CIA’s codename for that invasion was “Operation Zapata.” In 1981, all Securities and Exchange Commission filings for Zapata Off-Shore between 1960 and 1966 were destroyed. In other words, the year Bush became vice president, important records detailing his years at his drilling company disappeared. In 1969, Zapata bought the UNITED FRUIT Company of Boston, another company with strong CIA connections ... "
http://www.famoustexans.com/georgebush.htm

"... The CIA made Guatemala safe, not for democracy, but for the Rockefeller-owned United Fruit Company. CIA director, Allen Dulles (President of the CFR), owned UFC stock. ... "
http://aconstantineblacklist.blogspot.com/2007/12/vietnam-war-power-elite-playbook.html

"Feds Look the Other Way While United Fruit Company Peddles Death and Corruption in Latin America - ... Today of course, the infamous United Fruit of yore (whose machinations in Guatemala led to a CIA coup that set off decades of mass-murdering chaos) is known by the more perky name of Chiquita, and conjures up cheery pictures of childhood banana-munching around the family table. But while corporations may change their spots (or their peels) and their personnel over the years, the nature of the beast remains much the same, because its raison d'etre remains the same: maximizing profit. And United Fruit/Chiquita has traditionally been willing to push the banana boat way out when it comes to ensuring that its exploitation of cheap labor remains undisturbed. ... "
http://alexconstantine.blogspot.com/2007/08/chertoff-chiquita-and-right-wing-death.html

Dulles was a Mephistophelian-like character, linked to all evil acts of the 20th century. He was quite possibly the most powerful and most despicable in America during his lifetime.