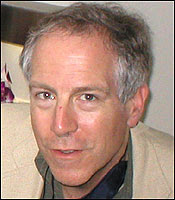 AC Note: I've written about Jacob Beam, Alex Beam's father, in the past. Jacob was chairman of Radio Free Europe at one time (in which capacity he was cozy with the CIA and earned his "Mockingbird" psyop wings - inherited and currently sported by his "journalist" son), a carded member of the ultra-conservative Committee on the Present Danger, and a close friend of native Nazi Charles Lindbergh (I know, I know - the media have cleaned up his image) - and together they were pampered guests of the Hitler regime in Nazi Germany.

Alex Beam, a columnist at the Boston Globe (and a vicious "Mockingbird" propagandist who reviles "conspiracy theorists" who get too close to the truth about fascism in domestic politics - in the pages of the most widely circulated daily in New England) distances himself from his roots by doing us all a favor - he has written an opinion piece excoriating philanthropist Frances Gould for her Nazi liaisons in France.

By posing as a freedom-loving anti-fascist, Beam apparently hopes to allay any suspicions concerning his fascist roots and (CIA-sponsored?) "journalism career": 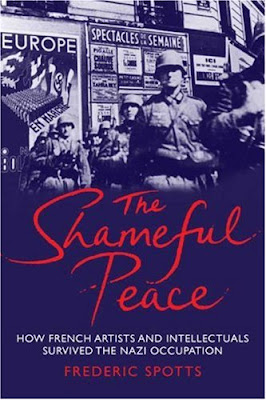 Now a new book from Yale University Press states that the late Florence Gould - benefactress of the Symphony's Florence Gould Auditorium at Tanglewood, whose foundation bountifully subsidizes programs at Harvard, Milton Academy, the Boston Public Library, the Boston Camerata, the New England Conservatory, UMass-Amherst, and elsewhere - was a dyed-in-the-wool Hitlerite and bigot. "She was a Nazi sympathizer and a terrible anti-Semite who cohabited with the most appalling figures of the German occupation in Paris" - including the head of the Gestapo responsible for dynamiting synagogues and deporting Jews to the death camps - according to the book's author, Frederic Spotts.

Who was Florence Gould? She was a French divorcee and dancer who caught the eye of Frank Jay Gould, son of the famous robber baron Jay Gould. Her husband spent World War II on the Riviera, but she "quickly returned to Paris," according to Spotts's book, "The Shameful Peace: How French Artists and Intellectuals Survived the Nazi Occupation," "and in no time was cultivating Wehrmacht officers and Gestapo officials."

Spotts writes that Gould became a "collabo [collaborationist] queen" who hosted a ritzy salon "while Sylvia Beach [American founder of the famous bookstore Shakespeare & Co.] and some three thousand British and American civilians languished in an internment camp." According to its most recent tax filing, the Florence Gould Foundation donated $10,000 to Shakespeare & Co. in 2007.

The anti-Semitic French novelist Louis-Ferdinand Celine was fascinated by the woman he called "Madame Frank J. Gould, the wife (the 5th! I also knew the 2nd quite well) of the old American railroad billionaire . . . a former manicurist, French by birth (Lacaze), flighty and not at all dumb, a snob." Celine wrote that "she was enormously compromised with the Luftwaffe - where she had at least three young lovers and was very much at home in the German military headquarters." Gould's main squeeze was Ernst Junger, a German cultural official, World War I war hero and writer who had dabbled in anti-Semitic propaganda in 1930, according to an article Mehlman published in Modern Language Notes in 2007.

You know what they say: Money doesn't care who owns it. "She's not the first outrageous person to give money away," Spotts told me in a telephone interview from his home in the south of France.

Gould died on the Riviera in 1983, at age 87. She had no heirs and her legacy is the $100 million - those are 2007 endowment dollars - New York-based foundation in her name that makes extraordinary gifts to cultural institutions. Most recently reported recipients include the Metropolitan Museum of Art ($250,000), Lincoln Center ($100,000), Cornell medical school ($200,000), and so on. The Clark Art museum in Williamstown, founded by the American fascist and Parisian expatriate Sterling Clark, received $20,000 from the foundation.

BSO spokeswoman Bernadette Horgan said the Tanglewood auditorium was built in 1990 with a gift from the Florence Gould Foundation. The recently reported details of Mrs. Gould's biography were news to her. Foundation president John Young did not return my call.

Three of the four best books I read last year were novels by Justin Cartwright; the fourth was "Cost," by Roxana Robinson. The plot of Cartwright's "Masai Dreaming" disturbingly evokes the world of Florence Gould. A Jewish doctor has survived the Nazi occupation of Paris by ministering to patients in a Jewish hospital. His daughter returns to Paris to warn him to escape, before the last group of Jews is transported East, to the death camps. But he insists that he is out of danger; the Allies have landed in Normandy, and he has achieved a modus vivendi with the more enlightened elements of the German administration.