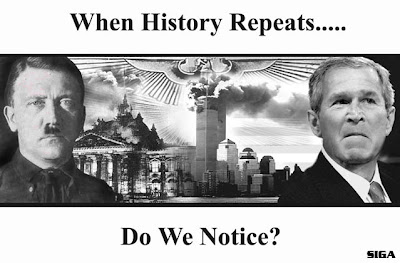 The number of major legal errors committed by Bush administration lawyers during the formulation of its early counterterrorism policies was far greater than previously known, according to internal Bush administration documents released for the first time by the Justice Department yesterday.

Those policies were based on at least 10 legal opinions conferring broad powers on the president that the Justice Department later deemed flawed and ordered withdrawn, including several approving the military's search, detention or trial of civilians in the United States without congressional input, according to the documents.

While the Bush administration had previously acknowledged rescinding two of those memos -- authorizing the infliction of pain and suffering on detainees and claiming unquestioned authority to interrogate suspects outside the United States -- the government's eventual repudiation or rewrite of the eight other early legal memos was secret until now.

In one of the newly disclosed opinions, Justice Department appointee John Yoo argued that constitutional provisions ensuring free speech and barring warrantless searches could be disregarded by the president in wartime, allowing troops to storm a building if they suspected terrorists might be inside. In another, the department asserted that detainees could be transferred to countries known to commit human rights abuses so long as U.S. officials did not intentionally seek their torture.

The opinions were initially drafted -- and later repudiated at least in part -- by the Justice Department's storied Office of Legal Counsel, which issues interpretations of laws and presidential authorities considered binding on the entire executive branch. The multiple policy shifts during Bush's two presidential terms reflect an unprecedented degree of turmoil in that office, experts say.

In releasing some of the discredited memos, including three that the Bush administration had argued must be kept secret as recently as November, Attorney General Eric H. Holder Jr. declared that "Americans deserve a government that operates with transparency and openness." He also said he hoped to make future legal opinions by his department on such matters "available when possible while still protecting national security information and ensuring robust internal" debate.

The new batch of opinions does not include any repudiated by the Obama administration or reflect a government shift on the underlying legal issues since Bush's departure. They also do not include the most controversial memos that Democratic lawmakers and human rights experts have been asking to see for several years, including those justifying the CIA's use of harsh interrogation techniques and the National Security Agency's program to surveil certain Americans without warrants.

But the new administration's swift release of seven of the discredited opinions, as well as an official summary of why they were withdrawn, drew praise yesterday from Capitol Hill and human rights activists. Senate Judiciary Committee Chairman Patrick J. Leahy (D-Vt.) said the collection begins "to provide details of some of the Bush administration's misguided national security policies" that have long been withheld from public scrutiny.

The defects in most of the early opinions were summarized in a document titled "Memorandum for the Files" and signed by Steven G. Bradbury, who served as the acting head of the legal counsel's office for the Bush administration's last three years without being confirmed by the Senate. Bradbury dated the memo five days before Obama's inauguration and said its purpose was to "confirm that certain propositions" asserted previously by the office were no longer supported. He said key national security officials had already been advised of the change of heart but did not say when.

Bradbury explained the defective legal opinions were issued "in the wake of the atrocities of 9/11, when policy makers, fearing that additional catastrophic terrorist attacks were imminent, strived to employ all lawful means to protect the Nation." He said the fact that legal flaws were noticed later was not meant to suggest that the authors did not "satisfy" professional standards.

Yoo's previously secret 37-page memo asserting that the president could authorize a broad use of military force to combat terrorist activities inside the United States was completed six weeks after the terrorist attacks. In it, Yoo said any terrorists in the United States could be treated like an invading army, justifying warrantless searches and the subordination of free speech and press rights if needed to "wage war successfully."

Nearly seven years later, on Oct. 6, 2008, Bradbury declared that the memo contained several "propositions that are either incorrect or highly questionable." He said that in fact, the Fourth Amendment prohibition against warrantless search and seizure was "fully applicable to domestic military operations" and called the claims about ignoring free speech and press rights "overbroad" and "not sufficiently grounded."

Jennifer Daskal, senior counterterrorism counsel for Human Rights Watch, said the documents taken together "read like a how-to document on how to evade the rule of law." Daskal said she was particularly troubled by a March 2002 memo from Yoo arguing there were few restrictions on transferring prisoners to a third country, regardless of whether the country had a record of abuse. Yoo emphasized in the memo that transfers were okay if no explicit or implicit agreement was made to torture.

"That is [the Office of Legal Counsel] telling people how to get away with sending someone to a nation to be tortured," Daskal said. "The idea that the legal counsel's office would be essentially telling the president how to violate the law is completely contrary to the purpose and the role of what a legal adviser is supposed to do."

In the waning days of the Bush administration, the Justice Department renounced some of its own sweeping legal justifications, which were enacted after the 9/11 attacks, for spying on Americans and for harsh interrogations of terror suspects.

In a memo written five days before President Barack Obama took office, Steven Bradbury, the then-principal deputy assistant attorney general, warned that a series of opinions issued secretly by the Justice Department's Office of Legal Counsel "should not be treated as authoritative for any purpose." ...