The German government is in the embarrassing position of having to decide whether or not to bail out an industrial giant accused of using the hair from Jews murdered in the gas chambers of Auschwitz to make textiles at its factories in Nazi occupied Poland during the First World War. 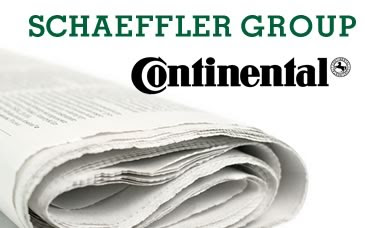 The Schaeffler group is lumbered with close to £14bn worth of debt after buying out the major European auto parts and tyre maker Continental last year in a hostile takeover.

When the global crunch hit shortly after the purchase, the group began teetering on the brink of bankruptcy, threatening the jobs of 220,000 people around the world.

It has asked for German state aid and Berlin was said to be receptive to its overtures "until details of its dark past under the Nazis came to light".

Last week the group issued the findings of an independent historical stocktaking of its activities in the Third Reich, one of numerous concerns to do so in recent years. It admitted the widespread use of forced labourers who worked and died under appalling conditions in its factories in occupied Poland which were switched from consumer goods to armaments in wartime.

The company released the findings on the back of internet rumours that the plants had also utilised the hair from many of the inmates who died at Auschwitz, a charge it vehemently denied.

But the allegations have returned to haunt the company this week with the findings of the deputy director of the Auschwitz memorial site, Dr Jacek Lachendro.

He claims that 1.95 tons of human hair – "it was shaved from the heads of the victims before they were gassed" – was found in a Schaeffler textile factory after the war ended. He says he also has records from the camp of former slave labourers at the camp who were responsible for despatching the hair in two railway car loads to the Schaeffler enterprise, which back then operated under the name Davistan AG.

He said the hair was examined after the war and found to contain traces of Zyklon- B; the pesticide which the Nazis used at Auschwitz to kill an estimated 1.1 million people, most of them Jews.

The ruins of the Schaeffler plant at Kietrz are three hours drive away from Auschwitz. At the end of the war the Schaeffler brothers resettled their industries in Bavaria.

The Nazis used the hair of death camp victims make rough work clothes and to line the boots of U-boat crews.

Against this backdrop, Berlin is in a moral quandary about further aid for the company's owners who are now being pressured to surrender control to the banks that financed the ill-fated Continental deal.

The Schaeffler family have called on the German government for help.

The family hope that winning state backing will strengthen their hand with banks. Government help could come in the form of guarantees that Schaeffler refinance some of its debt on cheaper terms, also letting current lenders off the hook.

Schaeffler recently conceded extra rights to staff to win trade union backing for its bid for state aid. Union chief Berthold Huber, a powerful political figure in Germany, threw his weight behind the family's call for help from Berlin.

But one government insider familiar with the negotiations said: "It is a difficult moral call to be seen helping a company that may have utilised the hair of tens of thousands of murdered people."

The company's historian dismissed the allegations.