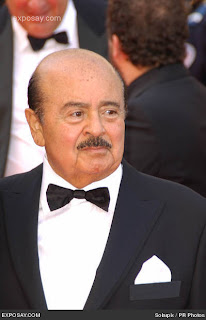 Portrait of a Jackal as an old man: Adnan Khashoggi was recruited by the CIA in the mid-sixties - AC

BANGKOK, Mar 11, 2009 (UPI via COMTEX) -- A court in Thailand added 20 years to the prison sentence of a former Bangkok Bank of Commerce president Wednesday for an embezzlement conviction.

Former bank President Krirkkiat Jalichandra was convicted in September on corruption charges, including a charge that he had lent money to a colleague to buy bank shares without asking for the bank board's approval, The Bangkok Post reported.

He was sentenced, then, to 20 years in prison.

The recent conviction involves a loan made in secret to a Saudi Arabian arms dealer, Adnan Khashoggi, in a deal that lost the bank $43 million, the Post reported.