Glen Ford answers Linda Burnham's recent assault on the non-Obamite Left, whom she sneeringly refers to as victims of "Left ‘anticipatory disillusionment'" and assorted other "psycho-babble." 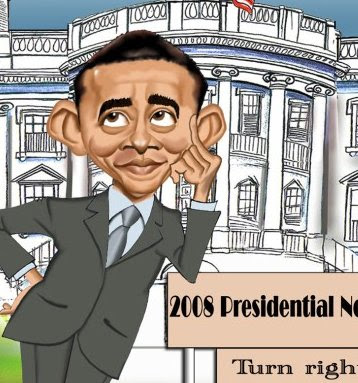 “Burnham’s definition of ‘motion’ does not involve confronting Power, but rather, attaching oneself to it.”

Lots of folks on the left, it is now apparent, no longer seek anything more than to bask in the sunshine of Barack Obama’s smile. No matter how much national treasure their champion transfers to the bankster class, and despite his exceeding George W. Bush in military spending, so-called progressives for Obama continue to celebrate their imagined emergence as players in the national political saga. Having in practice foresworn resistance to Power, they relish in bashing the non-Obamite Left.

In tone and substance, Linda Burnham’s recent, widely circulated piece, “Notes on an Orientation to the Obama Presidency” is several cuts above last summer’s vicious rant by Amiri Baraka, “The Parade of Anti-Obama Rascals.” But both assaults on Left critics of Obama are based on the same false assumptions and willful illogic, and although no one can trump Baraka in argumentative foul play and sheer nastiness, Burnham’s article is nonetheless littered with sneers at those who “are stranded on Dogma Beach…flipping out over every appointment and policy move [Obama] makes.”

Burnham launches immediately into a denigration of non-Obamites, claiming Obama’s election “occasioned some disorientation and confusion” among those on the Left who “have become so used to confronting the dismal electoral choice between the lesser of two evils that they couldn’t figure out how to relate to a political figure who held out the possibility of substantive change.”

“Burnham’s article is nonetheless littered with sneers at those who ‘are stranded on Dogma Beach.’”

Burnham’s method is to invent straw men and then place words and thoughts in their fictitious mouths and brains. Certainly, we at Black Agenda Report were anything but “confused” by either Obama’s political conduct or his extraordinary popularity, having placed the young upstart under intense scrutiny beginning in the early Summer of 2003, while he was still a low-ranked candidate for the Democratic senatorial nomination in Illinois. His phenomenal talents, hitched to a transparently corporatist, imperial worldview – and a practiced dishonesty about his rightist alliances – made Obama a person worth watching. The BAR team, then operating out of Black Commentator, had Obama pegged as a potential vector of confusion in Black and progressive ranks long before his worldwide debut at the 2004 Democratic National Convention. And we were right. It is in Burnham’s political neighborhood that confusion reigns, not ours.

Burnham claims that many on the Left “were taken by surprise at how wide and deep ran the current for change.” Either she’s talking about herself, or she hangs around a very cloistered crowd. Or, more likely, Burnham is conflating the word “change” with “Obama” – an effect of drinking too much Kool-Aid. In either case, none of it applies to folks like us at BAR – and there are a number of others on the Left – who more than five years ago understood both Obama’s mass appeal and the mass desire for real change, and feared that one would thwart the other.

Left critics of Obama, according to Burnham, fail to recognize that he is not the “lesser of two evils,” but rather holds out the “possibility of substantive change.” This is a core position, central to the “progressive” Obamite argument. Beyond the fact of having broken the presidential color bar, which in the American context is a positive development on its face, Obama is near-identical to Hillary Clinton on virtually every policy issue, as became evident in the primaries. Their compatibility was revealed as something closer to political intimacy when Obama erected his Cabinet – a house as Clintonian as anything Bill ever built, with plenty of room reserved for friends from the Bush gang. Color aside, whatever kind of “evil” Hillary and Bill are, Obama is. ...

http://www.blackagendareport.com/?q=content/‘left’-obamites-prefer-kool-aid-struggle
Posted by Alex Constantine at 11:35 AM