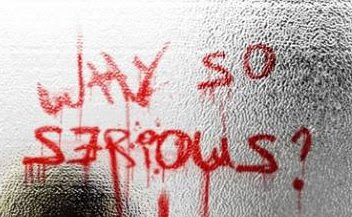 Matthew Francis Nolan, the older brother of Dark Knight director Christopher Nolan, has been arrested by the FBI in his hometown of Chicago and is now awaiting extradition to Costa Rica to face murder and kidnapping charges.

According to the the bureau's Windy City office, the Violent Crimes Task Force apprehended the 40-year-old Nolan without incident as he was leaving a bankruptcy court hearing yesterday.

Nolan has been wanted in Costa Rica since 2006, when local authorities charged him with the kidnapping and murder of a Florida businessman a year earlier.

According to the FBI complaint, the elder Nolan concocted a Joker-worthy plot to lure the victim, Robert Cohen, to a hotel by pretending to be a multimillionaire jewel merchant hoping to do a business deal. Instead, Nolan intended to recoup $7 million Cohen owed another Florida man. Nolan and an accomplice, Douglas Mejia, allegedly held Cohen ransom in hopes of extracting the money, but when the family failed to meet their demands, they killed him, per the complaint.

Mejia was convicted of kidnapping and murder and is now in prison.
Nolan was collared just as police were probing his role in a separate $700,000 bank-fraud scheme. He's been ordered held without bond until extradition proceedings are completed.

Nolan's 38-year-old sibling, Christopher, broke into Hollywood with the mind-bending thriller Memento and has since gone on to reinvent the Caped Crusader in 2005's Batman Begins and 2008's The Dark Knight. The latter—cowritten by their younger brother, Jonathan—has since become the second-highest grossing film of all time.

... Matthew Francis Nolan, 40, is wanted in Costa Rica for the kidnapping and murder of a Florida businessman. Nolan allegedly presented himself to the now-deceased Robert C. Cohen as an investor, claiming he wanted to do business in South America. But his real mission, authorities say, was to get $7 million that Cohen owed another man in Florida.

Nolan's accomplice, Douglas Mejia, has already been convicted of kidnapping Cohen when he and Nolan attempted to extort the money from Cohen's family. When that failed, cops say that the pair killed him.

Nolan was already under investigation by the FBI regarding an unrelated $700,000 bank-fraud scheme. He's now being held in the U.S., awaiting extradition.

Christopher Nolan collaborated with another brother, Jonathan, on the scripts for Memento, The Prestige, and The Dark Knight, and Jonathan is credited with the upcoming Terminator: Salvation -- it looks like they don't have to search too far to find inspiration for the darker themes in their screenplays. A lot of families have black sheep, but who knew that Nolan's own brother might be the Joker?

A conviction has been handed down in the murder of U.S. citizen Robert Cohen, but the case is hardly over.

Still at large is the U.S. citizen identified as a hit man and the person who arranged Cohen's kidnapping March 6, 2005, according to prosecutors in Limón. And there is the question who contracted the hit man. Suspicion has fallen on a man who lost $7 million here.

As a result of the trial, the possibility emerged that Cohen may have been falsely accused and killed for no reason. Both Cohen and another man were employed by the same development company. But the other man committed suicide and may have been the person who took the money. The money has not turned up, said Cristian Ulate, the prosecutor on the case.

A three-judge court in Limón gave a Honduran citizen 27 years in prison Friday after convicting him in the murder of Cohen. The same panel said there was not sufficient evidence to convict a second suspect, a woman named Anabel Chacón Sánchez. The panel said that her participation in the crime was not clear.

Sentenced was Luis Alonso Douglas Mejía. The panel gave him 25 years for the murder and two years for depriving Cohen of his liberty.

Cohen, 64 at the time of his death, was a developer from Granada, Nicaragua, who was found at the Río Chirripó. The prosecution said that he was abducted, beaten and murdered as a lesson for losing the $7 million in a business transaction.

Cohen was grabbed when he left an Escazú hotel to exercise about 7 a.m. Although he had a development project in Grenada, Cohen was based in Costa Rica.

Ulate said that Cohen had made three telephone calls while he was being held. He made a desperate attempt to disclose his location. He spoke with his wife Susan Cohen and a daughter Alisha Cohen, said Ulate.

In his third and final call, Cohen told his wife that he was going to drink a limonchelo upon his release. That is a mythical drink and a word he made up simply to tell them that he was being held near Limón, said Ulate.

Instead of going free, the evidence showed that Cohen was beaten and tortured before his murder.

Ulate said the man who engineered the kidnapping here was Mathew Francis Nolan, who entered the country on a false passport. He is being sought internationally. However, Ulate said that the U.S. Department of Justice has denied requests for extradition in the case. Instead, if there is any legal action it will be in the United States.

Excerpt: Still others at large in murder of U.S. citizen Robert Cohen
http://www.amcostarica.com/051407.htm

... Cohen was well-known in Granada and was the developer of a major townhome project there. He entered Costa Rica on business March 2 and walked out of the Intercontinental Hotel near Multiplaza in Escazú about 7 a.m. March 6.

Agents alleged that the suspect [Mejia] was among those who grabbed Cohen and held him hostage in a dwelling at Barras de Moin near Limón.

The spokesman said that while Cohen was confined his abductors beat him brutally to get him to surrender the personal identification numbers that would allow them to access his bank accounts. Agents believe that Cohen refused to surrender the numbers and died from the increasingly brutal beatings that left marks all over his body [denied by police - next paragraph]. ...

Investigators initially said that Cohen, a U.S. citizen, was the victim of drowning. They also said that the body bore few marks except superficial knife wounds. [Cover-up]

The complex Cohen was developing is on hold, according to a report from Granada. The complex was to be deluxe townhomes of 1,506 square feet in a gated community with fabulous views of Lake Nicaragua, according to the Web site of Coldwell Banker Nicaragua, which was to market the project. Prices started at $175,000.

A man who sought to do business with Cohen said he believed the man spent more time in Costa Rica than Nicaragua, despite the project.

Friends also said Cohen was a street-smart individual who would not get into just any car without a good reason.