Psychological Operations (PSYOPS) against Venezuela: Washington and its War on the Bolivarian Revolution

By Eva Golinger *
Translated from Spanish into English for Axis of Logic by Iris Buehler (Tlaxcala). Revised by Les Blough in Venezuela
Axis of Logic
Mar 11, 2009, 15:27 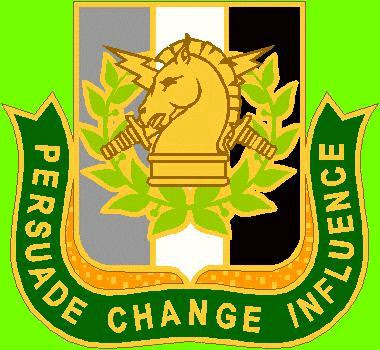 A secret document of the US Army National Ground Intelligence Center, recently declassified in part, through the application of the US Freedom of Information Act (FOIA), confirms that the Pentagon's most powerful team for psychological operations is employing its forces against Venezuela.1 The document, dating from the year 2006, analyses the border situation between Colombia and Venezuela. It was drafted by the US Army's 4th Psychological Operations Group (Airborne) (4th PSYOP Group (A) or 4th POG) and the US Army National Ground Intelligence Center, a fact that thus reaffirms that the same psychological warfare team operates in the region against Venezuela.

The small part of the text of the secret document which was left uncensored explains how the Plan Patriot (previously known as Plan Colombia) has successfully pushed the activities of the Revolutionary Armed Forces of Colombia ((FARC), Fuerzas Armadas Revolucionarias de Colombia) into Venezuelan territory. It is explicitly being emphasized in the secret document that

The arrival of the US Army's 4th Psychological Operations Group (Airborne) in Colombia in the year 2006 and the strategy of pushing the FARC and the Colombian civil conflict into Venezuelan territory cannot be taken as a coincidence; for it is exactly the moment when the US State Department and the Pentagon also started to publicly accuse Venezuela of collaborating with terrorism, specifically by referring to alleged dealings with the FARC. In the first semester of 2006 Washington added Venezuela to a list of “countries that do not fully collaborate in the struggle against terrorism”, and then imposed sanctions against the South American country that resulted in the prohibition of the sales of arms from the United States and from any international company that uses US technology. The 2006 report of the US State Department said,

“The Secretary of State certified Venezuela as “not fully cooperating” with U.S. antiterrorism efforts... It remained unclear to what extent the Government of Venezuela provided material support to Colombian terrorists, if it did, and on which level…” (Report of the US State Department of 2006, available at www.state.gov)2

A few months later, in July 2006, the United States House Foreign Affairs Subcommittee on International Terrorism and Nonproliferation, held a hearing titled “Venezuela: Terrorism Hub of South America?”, in which they declared that

At the same time, the international press started to promote a matrix of opinion, associating Venezuela with terrorism. Articles and editorials published by the Washington Post, the New York Times, the Washington Times, the Wall Street Journal, El País of Spain, El Tiempo of Bogota, and the Miami Herald, amongst others, repeated time and again [affirmations about] the alleged link between the Venezuelan government and the FARC in Colombia, although they never provided any conclusive proof. All the evidences were based on “anonymous” sources, “high-level officials in Washington”, and “analysts”, without giving any concrete names, data or facts.

The personnel of the 4th Group include regional experts and linguists who have a profound understanding of the political, cultural, ethnic, and religious subtleties of the target audience. They are also experts in technical areas such as journalism, radio operations, graphic design, newspaper business, illustration, and long-range tactical communications.

In 2003, the 4th Psychological Operations Group (Airborne) of the US Army inaugurated an installation for media operations of the Special Operations Forces (SOP) at a cost of US$ 8.1 million. Said installation is known as the Pentagon's production center for all its psychological operations and their “products”, like flyers, pamphlets, posters, and segments for television and radio transmission that are all aimed at persuading and winning the minds and hearts of those who the Pentagon wants to attack. For example, more than 150 million flyers and pamphlets – all produced and printed in the installation of the Group 4th Psychological Operations Group (Airborne) – have been disseminated throughout Iraq and Afghanistan. Colonel James Treadwell, Commander of the 4th Group, emphasized that more than 16.000 hours of messages for radio transmission were produced by his group and transmitted in Afghanistan and more than 4.000 in Iraq. The printer's in the new installation has a capacity to print more than 1 million pamphlets per day.

The psychological operations troops study techniques in “marketing” and publicity before they design their “products”. They also analyze in detail their impact and results. They are complete experts in propaganda and in the best ways to exert influence on public opinion so as to promote their agenda. In 2005, said unit of “propaganda warriors” was expanded through the foundation of the Joint Psychological Operations Support Element (JPOSE), with Colonel Treadwell being in command of the entire joint team. Transferred from Iraq to the headquarters of JPOSE in Tampa, Florida, Colonel Treadwell began to focus his propaganda activities towards the South. In press statements Treadwell confirmed that his new elite team for psychological operations would direct a part of the work to Bolivia and Venezuela. A little later, a contract (worth up to US$ 100 million) was awarded to the company, Science Applications International Corporation (SAIC) to help design the “campaigns” of psychological operations together with JPOSE. Two other companies, Lincoln Group and SYColeman, also received similar contracts financed through the team's budget, a budget that surpasses US$ 8 billion per year.

From these companies, SAIC has a pretty dirty past history in Venezuela. It was the company that, together with PDVSA, the state owned petroleum industry, constructed a mixed company named INTESA that began to automate the petroleum industry in Venezuela in 1995. And INTESA was the same company that executed one of the most brutal sabotage acts against the Venezuelan industry at the end of the year 2002, with the intention to force President Hugo Chávez out of power. The company was used as a platform to attack the “brains of PDVSA” by destroying its entire data-base and automated systems and converting it again into a manually operating company. Their actions caused billions of dollars of damage to the Venezuelan economy and its international reputation as a secure petroleum provider and producer. Nevertheless, they did not reach their objective to topple President Chávez, and little later INTESA was closed and forced to cease their operations in the country. Three years later, their new contracts appeared - to carry out psychological operations against the same government they previously had tried to neutralize without success.

Since the United States' most powerful team of psychological operations is working actively against Venezuela, the fruits of their work have been seen both on an international level and also within the country on a national level.5 President Chávez is already classified as “dictator” in international public opinion and there are few who would doubt his alleged “dealings” with the FARC in Colombia – despite the fact that there was never a single proof offered that would confirm such "dealings".

Psychological operations are considered by the Pentagon to be their “most powerful weapon” to date. Through screens, broadcasting stations, newspapers, posters, design of clothes and objects, they transmit their purposeful and well planned message to subtly exert influence on public opinion and perceptions about topics of interest. It is the new battlefield where all of us are forced to assume a role, because nobody escapes from information and communication in today's world. It is the struggle for truth and justice against lies and manipulation. The decision to be either victim or combatant within that asymmetric war is in the hands of each of us. Don't be fooled.

T.n.: Concerning the information resumed in this and the following paragraph, and for further details please see Global Security

T.n.: In this context we highly recommend to our Spanish-speaking readers the excellent documentary "Enjambre" (a Guarataro Films & Venezolana de Televisión Production) that analyses the Networking doctrine, the concept of Fourth Generation Warfare and its application in Venezuela. While we continue making every effort to help provide an English version of this documentary, here's our translation of the brief summary provided originally by Rebelión in Spanish language:
[...] Introduction: The concepts "Fourth Generation Warfare" and "Networking".

Past History: Parallels between the 2002 coup d'état in Venezuela and the coup against Allende.

Networking in Venezuela: How Fourth Generation Warfare works in Venezuela. The opposition's change in strategy. By 2006-2007, the opposition focuses on the exploitation and manipulation of social and political problems. New political actors appear. Media Warfare and Psychological Operations. Assassination. Declarations of journalists about Chávez' death or assassination. TV-series about the assassination of Chávez or a [military] invasion in Venezuela. Parallels to the Chilean case. Plan shattered in Venezuela.

This article has been translated from Spanish into English by Iris Buehler and revised by Les Blough, who are members of Tlaxcala, the network of translators for linguistic diversity. Both reside in Venezuela. This material is available for republication as long as reprints include verbatim copy of the article in its entirety, respecting its integrity. Reprints must cite the author, the translator & reviser and Axis of Logic as the original source including a "live link" to the article. Thank you!
Posted by Alex Constantine at 11:25 AM