A Challenge to ‘Radical’ and ‘Pan-Africanist’ Obamites

"No brutality, mistreatment, or torture has ever forced me to ask for grace, for I prefer to die with my head high, my faith steadfast, and my confidence profound in the destiny of my country, rather than to live in submission and scorn ... " - Patrice Lumumba's last letter, December 1960 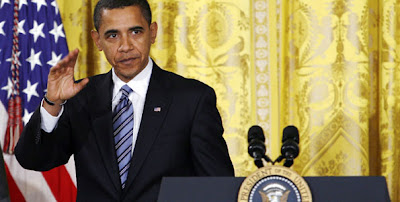 In an "Open Letter to the People of Zimbabwe," U.S.-based activists denounce sanctions against that country as "war crimes and the officials who initiated them as war criminals." By that definition (a good one), Barack Obama is a war criminal. The problem is, some of the signers of the Open Letter are prominent Obama supporters. What use are their declarations of solidarity with the people of Zimbabwe, when they support the "war criminal" who imposes sanctions against them and makes common cause with banksters here at home? It's past time to call these confused and conflicted people out by name, and challenge them to a real debate.

"Obama has consistently spoken and acted in lockstep with George Bush on Zimbabwe sanctions." ...

More at Black Agenda Report
Posted by Alex Constantine at 10:40 AM