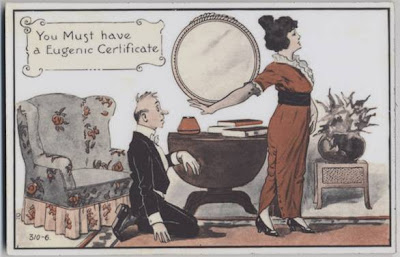 Bioethicist Jacob M. Appel puts me in mind of David Lynch for some reason, particularly when he asks:

WHY DENY THE DEPRESSED THEIR RIGHT TO SUICIDE?
www.bioedge.org
Wednesday, 27 June 2007

One of America's leading bioethics journals features a strong argument for assisted suicide for the mentally ill in its latest issue. Jacob M. Appel, a short story writer and lawyer who writes on bioethics, contends in the Hastings Center Report that "the principles favouring legal assisted suicide lead logically to the extension of these rights to some mentally ill patients".

[Note that the principles favoring legal assisted suicide could just as logically be "extended" to people suffering a sprained ankle or canker sores. - AC]

In Switzerland this is already the case. In November last year the high tribunal in Lausanne set down guidelines for people with "incurable, permanent, severe psychological disorders" who want to terminate their own lives.

Mr Appel argues that that victims of depression or psychosis can make a rational choice about whether to end their lives, though given "the finality of a life-terminating decision", the bar for assessing competence should be set higher. "If the values championed by assisted suicide advocates are maximimisation of autonomy and minimisation of suffering -- even when they conflict with the extension of life -- then it follows that chronically depressed, competent individuals would be ideal candidates for the procedure," he asserts. ...

Bioethicist Jacob M. Appel, who has written that mentally ill people should not be denied the "opportunities" to commit assisted suicide, now pushes mandatory pre-implatation genetic testing in all IVF fertility treatments in order to weed out the unfit (my term) and for whom care would be expensive. But don't call it eugenics! From his column:

"The most obvious advantage of mandatory screening is that it will reduce the long-term suffering of the children who are spared disease. At the same time, preventing future cancers will certainly save tax dollars. These savings could be redirected toward researching new therapies and providing quality care for current patients. The money might also help to defer the enormous public costs of fertility therapy, coverage for which a growing number of states now require of private insurance plans...While similar screening cannot realistically be imposed upon individuals conceiving "the old-fashioned way," for obvious reasons of logistics and privacy, these invasive aspects of screening do not apply to IVF.

"Opponents of mandatory screening will likely point out that such a rule significantly limits the reproductive autonomy of parents. This is certainly true. However, Western societies have long acknowledged that parental authority cannot undermine the medical interests of a child. Jehovah's Witnesses may not deny their children blood transfusions; Christian Scientists cannot substitute prayer for life-saving antibiotics. As United States Supreme Court Justice Wiley Rutledge wrote in the landmark case of Prince v. Massachusetts, "Parents may be free to become martyrs themselves, but it does not follow that they are free, in identical circumstances, to make martyrs of their children."...

Such crass utilitarian utopianism is precisely what eugenics was all about. And its message is insidious: Those with expensive disabling conditions and diseases are a burden on society and you should not be allowed to be born--as a favor to you!

Then Appel makes a huge gaffe:

"The fear expressed by many opponents of genetic screening, both elective and mandatory, is that our civilization is sliding down a slope toward selecting embryos for their skin complexion or their eye-color."

No, they won't do that in the future. No way. They are doing it today!

And if all else fails, there is always infanticide, as is happening in the Netherlands, with support from some mainstream bioethicists.

Appel is a mainstream bioethicist who is a university professor and has been published in the Hastings Center Report with his call for assisted suicide for the mentally ill. And some bioethicists wonder why I am so worried about the direction in which the bioethics movement seems intent on taking us.
Posted by Alex Constantine at 1:13 AM