L. Ron Hubbard & an Incident in the Coronados 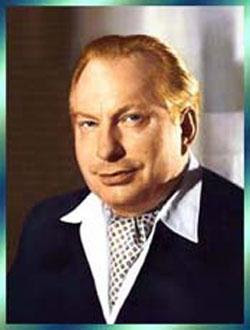 The Bright & Morning Star takes nature lovers within feet of the Islas Coronados, a chain of four islands belonging to Mexico a few miles off Baja California.

They are always present but often invisible. After the air has been scrubbed by wind or rain, though, travel to the San Diego-Coronado Bridge, the Cabrillo Monument or Mexico's Highway 1 below Playas de Tijuana. Look out to sea. There they are, the Islas Coronados. ...

[One] Coronados yarn is well-documented. On July 28, 1943, a U.S. Navy lieutenant ordered his minesweeper to use the isles for target practice. By the time the PC-815's third shell slammed into South Island – the chain's only inhabited island – the Mexican government was angrily protesting to its U.S. allies. 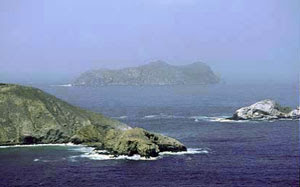 The lieutenant lost his command. “Consider this officer lacking in the essential qualities of judgment, leadership and cooperation,” read the official reprimand. That officer was L. Ron Hubbard, the future science fiction writer and founder of Scientology. ...