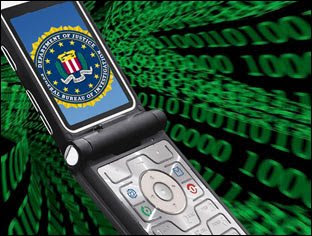 The head of the Department of Homeland Security's cybersecurity agency resigned effective Friday, citing concerns that the National Cybersecurity Center is underfunded and effectively controlled by the Pentagon through the National Security Agency.

Rod Beckstrom, who was appointed by President Bush in March 2008, submitted a letter last week to DHS secretary Janet Napolitano:

"NSA effectively controls DHS cyber efforts," Beckstrom wrote in the letter. Beckstrom said it is "bad strategy" for any one agency to have complete control over cybersecurity.

Former FBI director Louis Freeh made similar comments in a speech before the FOSE government IT expo in Washington Thursday, calling for increased cooperation between government and the private sector.

"It's true that NSA does dominate most national cybersecurity efforts," Freeh said. "Is the military going to continue to be responsible or is it time to stand up to an independent civilian facility, too? This problem is too large to relegate it to a bureaucratic pigeonhole."

In an unrelated matter that involves the Obama administration's staffing issues, President Barack Obama's chief information officer Vivek Kundra is on leave, the White House said, while the FBI investigates a former employee of Kundra's from his former job for the District of Columbia.

It’s so nice site. We love to see more on this site. Keep on updating… MonkAreYou Bali *fsgddh