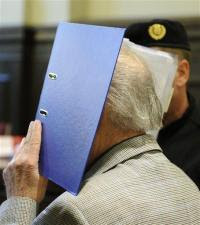 ST. POELTEN, Austria—Josef Fritzl abruptly pleaded guilty to all of the charges against him Wednesday—a surprising twist amid disclosures that the daughter he imprisoned for 24 years in a dungeon where she bore him seven children secretly sat in on the trial.

Adding intrigue to a case that has drawn worldwide attention, Fritzl calmly acknowledged his guilt, including to homicide, and said his change of heart came after hearing his daughter's heart-wrenching videotaped testimony.

"I declare myself guilty to the charges in the indictment," Fritzl, 73, told a panel of judges, referring to what he called "my sick behavior." ...