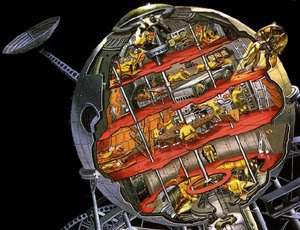 Long before Star Wars at the end of WWII it was discovered that Nazi scientists at a research center in Hillersleben were laying plans for a space station 5,100 miles up, from which a "sun gun" much like the death star could focus the sun's energy on the enemies of Nazi Germany. A high ranking United States Army Ordnance officer declared that after an exhaustive interrogation of the scientists was revealed that plans had already been drawn up and determined that a dish just three kilometers square would have the power to destroy nations or boil ocean water. 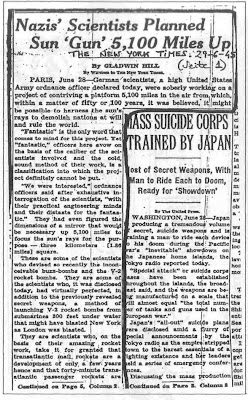 Click to enlarge
Posted by Alex Constantine at 11:30 AM