The Catholic Church and the Nazi Ratlines 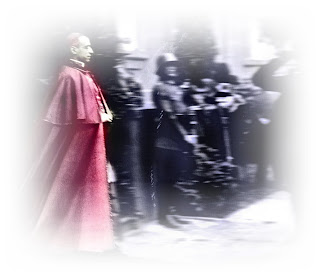 For the past few years, Catholic revisionists have been busily pumping out historically inaccurate articles denying any Church role in the Holocaust whatsoever. These seemingly sober, knowledgable "scholars" often emphasize anecdotal evidence that individual Catholics, including Pope Pius XII, aided Jewish victims of the Hitler regime, and downplay Vatican ties to mass murder, or "conspiracy theories." The following story was published in two Catholic publications. While attempting to distance Pius from the genocide, it at least acknowledges that prominent Catholics did collaborate with the Nazis, and makes a valid point: Officers of the CIA were the ultimate postwar Nazi collaborators, and they went to great lengths to protect Nazi recruits from exposure. The author makes no mention of Naumovic v. SNB C-00-3636 BZ - a lawsuit filed on behalf of Russian and Yugoslavian Holocaust victims who exposed the trail of gold looted by the Waffen SS and laundered by the Reichsbank, Swiss Banks, Bank for International Settlements and the Vatican Bank during WWII - etc., and claims there is "no evidence" of collusion between Pius, Vatican officials and the Nazis. For a direct and documented refutation, see Blowback, by Christopher Simpson, Vladimer Dedijer's The Yugoslav Auschwitz and the Vatican, and numerous others. BTW, one of the ratlines actually ran through the Vatican itself, and escaping Nazis were disguised as priests to faciliate their relocation to South America, the United States and elsewhere around the globe. - AC

From: "The truth about Pius and the Nazi 'ratlines'"
by John L. Jr. Allen
National Catholic Reporter
July 31, 1998
Reprinted in the Catholic Herald
14 August 2009 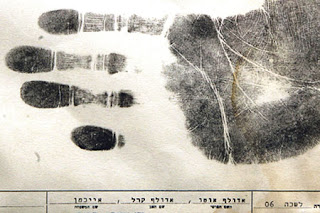 ... The Catholic priests who [helped] the Nazis, did so in a big way. They turned more than a blind eye to the criminal pasts of those they helped, and it is fair to say that without the assistance of such priests, the Nazis could never have fled Europe in such vast numbers.

The two most vital priestly cogs in the system of machinery that enabled the Nazis to escape through Austria and Italy were the Croatian Mgr Krunoslav Draganovic and the Austrian Bishop Alois Hudal. A keen supporter of Pavelic and his barbaric Ustashi, Draganovic served as a chaplain at Jasenovac concentration camps, where thousands were slaughtered in the most bestial fashion. Draganovic also played a key role in the "Bureau of Colonisation" which forced Serbs to convert to Catholicism, as well as stealing their property and giving it to Croatians. In the words of one US intelligence officer, Draganovic thought that "the ideas espoused by this arch-nationalist organisation - half-logical, half-lunatic - are basically sound concepts".

After the war, Draganovic travelled around internment camps in northern Italy and Austria checking on the fate of the Ustashi members who had been captured. However, Draganovic's "relief work" also involved sheltering his comrades at San Girolamo, the Croatian monastery in Rome, There, on the mezzanine floor, Draganovic founded the Committee of Croatian Refugees in Rome, which was nothing less than a front for his people-smuggling activity.

The Americans and the British managed to infiltrate a spy into the monastery, who discovered that the Ustashi were being ferried around in cars bearing Vatican diplomatic plates. ...

[But] the ultimate protectors of Pavelic were not members of the Vatican, but the Allies themselves. In mid-July 1947, an operation mooted by the Americans and the British to arrest Pavelic was suddenly cancelled with the simple order "Hands off", for reasons that are still opaque. It is fashionable to suggest that an arrest would reveal the complicity of the Vatican in assisting Pavelic, but it is just as likely that the Allies did not wish for the former dictator to be arrested because to have done so would have alienated a vast number of Croatians who were being used as informers in the nascent Cold War against the Soviet Union.

Whether Pavelic ended up being of any use to the Allies is doubtful, but we do know that Draganovc was more than helpful. It was Draganovic who ran the "ratline" down which the Gestapo officer-turned-American agent Klaus Barbie and his family would scuttle in March 1951. Draganovic would spend many years in and out of contact with the CIA, and he was eventually dropped on the grounds of his utter untrustworthiness.

No less a controversial character is that of Alois Hudal, who was the rector of the Austro-German church and seminary, the Santa Maria dell'Anima on the Via della Pace. It is this Austrian bishop who, more than any other figure, did so much to give the Catholic Church its reputation as a Nazi conduit. Although not an out-and-out Nazi, Hudal was broadly sympathetic to much of the fascist creed, but he disliked the idea that a man - in the form of Hitler - could replace God. Nevertheless, his hatred for Communism and his intense nationalism made him sympathetic to many fleeing Nazis, and under the auspices of his Assistenza Austriaca, Hudal enabled hundreds of criminals to flee to Argentina and the Middle East.

Perhaps the most murderous was Franz Stangl, the commandant of Treblinka, who is estimated to have overseen the slaughter of some 780,000 Jews. When Stangl arrived in Rome in August 1948, his first port of call was Hudal, and today the archives of the seminary still contain the handwritten CV that Stangl presented to the bishop upon his arrival. Although the document omits Stangl's service at Treblinka, it does reveal that he had been an SS captain. Had Hudal wanted to find out more, he could have done so, but Hudal was not the type of man who would have asked such questions. Instead, he secured Stangl a passage to Syria and a job at a textile mill.

Although it is impossible to ascertain precisely the extent and size of Hudal's network, there can be no doubt that he worked in cahoots with all sorts of nefarious figures, from Argentinian secret agents to people-smugglers motivated by cash. Hudal's motivation might have had its roots in charity and converting more souls to Catholicism, but in doing so, he helped some of the worst murderers of the 20th century to escape. ...

Hunting Evil by Guy Walters is published by Bantam at £18.99

http://www.catholicherald.co.uk/features/f0000454.shtml
Posted by Alex Constantine at 8:21 AM