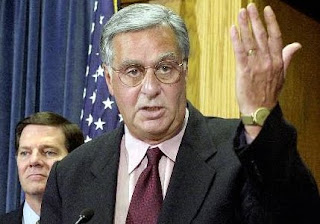 But as of today, he’s also underemployed. This from Politico.com:

In an interview…Armey said that he was concerned about the media scrutiny the health care protests were drawing to the firm he has been associated with since retiring from Congress.

“The firm is busy with its business, and shouldn’t be asked to take time out from their work, to defend themselves of spurious allegations,” Armey said. “No client of this firm is going to be free to mind its own business without harassment as long as I’m associated with it.”

In a statement, DLA Piper Chairman Frank Burch said the parting was mutual.

http://blogs.ajc.com/political-insider-jim-galloway/2009/08/14/health-care-activism-forces-dick-armey-to-resign/
Posted by Alex Constantine at 7:12 AM