CIA's History of Lying to Congress 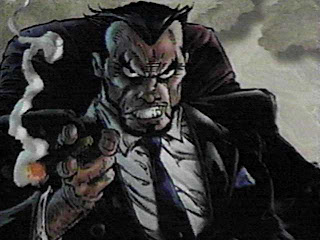 The Agency has a long history of manipulating Congress and others to support its programs. That this was posed as an actual question reveals the media’s historical illiteracy in this matter. Is this a government of the people, by the people, and for the people? Or do we live under a government run by covert operators for purposes undisclosed? Asks Lisa Pease.

On TV this week, with a measure of disbelief in their voices, the pundits ask, did the CIA lie to or deliberately mislead Congress? How is that not a rhetorical question?

The Agency has a long history of manipulating Congress and others to support its programs. That this was posed as an actual question reveals the media’s historical illiteracy in this matter.

In fact, when a House select committee investigated the CIA in the 1970s, the CIA convinced the House to suppress its own report, begging the question of who was overseeing whom. Nevertheless, a copy of the House report was leaked, via Daniel Schorr, to the Village Voice. The report opened with this disturbing sentence:

“If this Committee’s recent experience is any test, intelligence agencies that are to be controlled by Congressional lawmaking are, today, beyond the lawmakers’ scrutiny.”

In the wake of revelations that CIA Director Leon Panetta just recently learned of an eight-year CIA operation that had never been revealed to, much less approved by, Congress, Reps. Anna Eshoo, D-California, and Rush Holt, D-New Jersey, echoed similar sentiments.

On Andrea Mitchell’s show on MSNBC Thursday, Eshoo and Holt stated that Panetta’s revelation challenged his earlier statement that the CIA did not mislead Congress.

Eshoo made clear that, contrary to accusations from some Republicans, the charge has nothing to do with protecting House Speaker Nancy Pelosi, who earlier claimed the CIA lied to and misled Congress regarding its use of waterboarding and other brutal interrogation methods.

“This isn’t anything personal,” Eshoo said emphatically. “This is strictly about business, and this is deadly serious business, if I might characterize it that way.

“The issue here is the national security of our nation. There are very few members of Congress that [sic] are chosen to serve on the House Intelligence Committee. And in that role, we are reliant upon the intelligence community to inform us – in fact, they are obligated, under the National Security Act of 1947 – to fully and completely inform the Congress.

“So this is about accountability. If in fact we do not get the proper information, how can we conduct our oversight which we are responsible for in the oath that we take, as well as shaping policy based on that information?”

“A moment ago, [you] said the relationship between Speaker Pelosi and Director Panetta and who told what [to] whom when is the bigger issue. No, that’s the smaller issue. The bigger issue is, how well-examined are the activities of the CIA? Is the CIA doing things that are not in the best national interest? Who knows, if you don’t have the oversight and the examination? So that’s what this is about.”

As the only full-scale House investigation focused on the CIA – the one led by Rep. Otis Pike in the mid-1970s determined – overseeing the CIA is a challenging task, at best, and one at which government had repeatedly failed.

Author Kathryn Olmstead explored the failure of government to properly oversee the Agency in her book Challenging the Secret Government and found three culprits:

First, the House and Senate were unwilling to challenge the CIA on policy, whether from fear, support, or sheer laziness.

Second, Olmstead believes the press, which seemed hell-bent on exposing the excesses of covert action in the wake of Watergate, pulled back for fear reporters had gone too far in bringing down President Richard Nixon. (Olmstead notes only in passing CIA’s longstanding relationships with the media, so well detailed in Carl Bernstein’s landmark article “The CIA and the Media,” published in Rolling Stone in 1977.)

But Olmstead really hits the mark with her third point, criticism of the American people for turning a blind eye to the excesses of the National Security State.

“[T]he American people, acculturated for years to view their country and their leaders as moral and democratic, were reluctant to acknowledge unpleasant truths about their secret agencies, Olmstead wrote. "[A]s William W. Keller has explained in ‘The Liberals and J. Edgar Hoover,’ the liberal state did not like to admit that it had violated its ideology in any way.

“Therefore, the extensive powers of its clandestine agencies were kept secret. This secrecy enabled Americans to assume that the nation’s foreign policy goals were compatible with traditional American ideals.

“But the intelligence investigations brought these secret powers into the open; they forced American to acknowledge that their country had tried to kill foreign leaders, had spied on civil rights leaders, and had tested drugs on innocent people.

“Because this knowledge was very painful, many Americans, including members of Congress, refused to accept it. Secrecy, as journalist Taylor Branch has said, ‘protects the American people from grisly facts at variance with their self-image.’”

If we study history, we’ll find rather quickly that the CIA has repeatedly, systematically, misled Congress.

Miles Copeland, one of the founding fathers of the CIA, talked of the use of “Byzantine intrigues” designed to keep Congress off its back.

Tom Braden noted that CIA Director Allen Dulles and CIA counterintelligence chief James Angleton used to discuss each morning, in the guise of fishing talk, the “take” from the night before, i.e., intelligence gathered on prominent denizens of Capitol Hill from CIA taps sprinkled throughout the community.

(Braden, who died recently, is famously cited for writing an article titled “Why I’m Glad the CIA is Immoral.” Few commentators note that, in a later article, penned in the wake of disclosures about the Agency’s wrongdoings, Braden advocated the abolition of the CIA.)

Angleton said at one point that if the CIA couldn’t find out its own future from tapping the Hill, it had no business being in intelligence.

It should go without saying that “gossip” could easily become blackmail material, especially where illicit sexual liaisons were involved.

E. Howard Hunt, the notorious figure who at the time of Watergate was on his ostensible third retirement from the CIA, described how, during the 1960s, he penned a series of spy novels to aid the CIA, but “quit” the agency when his pen name became linked to his real name.

After he “quit,” he was instantly rehired as a contract agent, answerable solely to the CIA director’s deputy Thomas Karamessines. In his own words, Hunt explained he did this as a “cautionary” move “in the event some Congressman might raise a question.” In other words, he “quit” to hide a CIA media operation from congressional scrutiny.

Lying about the Castro Plots

And nowhere is the CIA’s deception and independent action more evident than in the Castro assassination plots.

When Congress first got a whiff of these plots thanks to a couple of articles by Jack Anderson and others, what did the CIA tell Congress?

“[W]ith the exception of one case which is under review by the Committee staff, there is no substance to the charges that CIA directed agents to assassinate Castro.” (Letter from Walter Elder to the Staff Director of the Church Committee, dated Aug. 21, 1975.)

As both Elder and the Church Committee later learned, the CIA of course had directed numerous agents to assassinate Castro in a variety of ways. But, the CIA suggested publicly, they were acting under presidential authority.

In its own report, the CIA asks itself, can we claim executive approval for these plots, and answers its own question, “No.” (This report was not declassified until the late 1990s, and should be considered the final word on the subject.)

The legacy of the investigations of the CIA in the 1970s was the perception, though not the reality, that effective CIA oversight had been implemented.

We’re now seeing that, in reality, almost nothing changed. The troubling insights of the committees that investigated the CIA were all but forgotten. No one went to jail for breaking laws or committing perjury.

(In 1977, former CIA Director Richard Helms was convicted of misleading Congress about the Nixon administration’s covert action to oust Chile’s socialist President Salvador Allende, who died in a 1973 coup. Helms received a two-year suspended sentence and a $2,000 fine, which was paid by friends at the CIA. Until his death in 2002, Helms wore the conviction as a badge of honor, and President Ronald Reagan awarded him the National Security Medal in 1983.)

(In the 1980s, CIA Director William J. Casey delighted in mumbling through his congressional testimony making it nearly impossible for the Intelligence Committee members to understand what he was saying or grasp its import. When the deceptions of the Iran-Contra Affair were exposed in 1986, Casey was accused of misleading Congress but died in May 1987 before any legal action could be taken. Three other implicated CIA officers were pardoned by President George H.W. Bush on Christmas Eve 1992.)

While both the Senate and House have intelligence oversight committees, the CIA is always in control of what Congress knows about its operations, as we were reminded again on Thursday. How can that be changed? Who has the political will to demand true openness?

It appears that President Obama has no desire to demand any change in the current system of intelligence community oversight. That’s unfortunate, and dangerous to our Democracy.

How can there be consent of the governed, as our Constitution demands, if the governed, or at least, their representatives, have no knowledge of what they are consenting to?

Should we then demand a new investigation of the intelligence communities? Of course we should, and regularly. But we should also do so with a genuine desire for change.

We shouldn’t spend the time and money unless there’s a determination to get to the truth and follow through on lessons learned. We shouldn’t start unless we have the stomach to face our past with a view towards protecting our future.

We elect our leaders. We have chosen whom we want to entrust with our secrets. How dare the CIA decide our representatives are unworthy of our trust and keep secrets from them? Is this a government of the people, by the people, and for the people? Or do we live under a government run by covert operators for purposes undisclosed?

We can’t know if we don’t ask the hard questions and perform a serious investigation into all that has been kept from us to date.

Lisa Pease is a historian and writer.
Posted by Alex Constantine at 11:27 AM