WorldCom (MCI) and the Warfare State

Suspect businesses line up to feed on contracts in Iraq
By Molly Ivins
http://www.sunjournal.com/node/78586
Jun 22, 2003 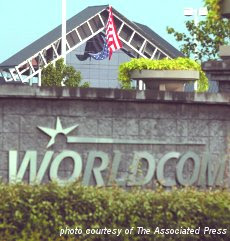 Austin, Texas - My, my, my, the great Iraqi Gold Rush is on, and who should be there at the front of the line, right along with Halliburton and Bechtel, but our old friends at WorldCom, perpetrator of the largest accounting fraud in American history.

WorldCom, shortly to become MCI, has been given a contract worth $45 million in the short term to build a wireless phone network in Iraq. I learned via The Associated Press that Washington Technology, a trade newspaper that follows computing-related sales to the U.S. government, "found WorldCom jumped to eighth among all federal technology contractors in 2002, with $772 million in government sales." And that is only counting the deals in which WorldCom is the primary contractor. It is actually getting much more as a subcontractor. 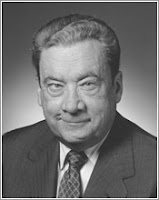 The Securities and Exchange Commission recently reached a settlement with WorldCom, fining the company $500 million for its $11 billion defrauding of investors. The company did not have to admit any guilt. "The $500 million is in a sense laundered by the taxpayers," Tom Schatz, president of Citizens Against Government Waste, told AP.

WorldCom got the Iraq contract without competitive bidding, to the anger of rival companies A&T, Sprint, etc., which actually have experience in building wireless networks, according to APr. A WorldCom spokesman "also stressed the company's deep, overall relationship with the U.S. military and government." ...
Posted by Alex Constantine at 10:42 PM