It's Republicans Who are Out to Pull the Plug on Grandma

Excerpt: Death, Republican Style
It's the GOP that's out to get Granny.
Jacob Weisberg
Newsweek
Aug 29, 2009 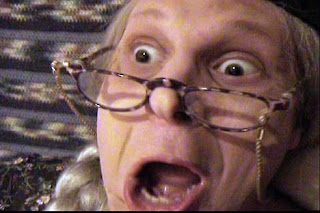 The republicans charge that Democratic health care reform would, in Sen. Charles Grassley's words, "pull the plug on Grandma." According to Sen. Jon Kyl, the bills before Congress would ration medical treatment by age. Rep. John Boehner says they promote euthanasia. Sarah Palin has raised the specter of "death panels." Such fears are understandable. It's not preposterous to imagine laws that would try to save money by encouraging the inconvenient elderly to make an early exit. After all, that's been the Republican policy for years.

It was Grassley himself who devised the "Throw Mama From the Train" provision of the GOP's 2001 tax cut. The estate-tax revision he championed will reduce the estate tax to zero next year. But when it expires at year's end, the tax will jump back up to its previous level of 55 percent. Grassley's exploding tax break has an entirely foreseeable, if unintended, consequence: it incentivizes ailing, elderly rich people to end their lives—paging Dr. Kevorkian—before midnight on Dec. 31, 2010. It also gives their children an incentive to sign DNR orders and switch off respirators in time for the deadline. This would be a great plot for a P. D. James novel if it weren't an actual piece of legislation.

This is not merely hypothetical. Serious economists take the possibility seriously. In a 2001 paper entitled "Dying to Save Taxes," economists from the University of Michigan and the University of British Columbia examined 13 changes in U.S. tax law since 1917 and concluded that benefactors die in greater numbers just before tax hikes and just after tax cuts. A 2006 study done in Australia, which abolished its inheritance tax in July 1979, reached the same conclusion. Statistics showed that more than half the people who would ordinarily have died in the last week of June 1979—and whose heirs would have been subject to the tax—managed to avoid it by surviving into July. Republicans in Congress have created a similar inducement for Grandma not to die before January 2010, but to make sure she is gone by January 2011.

Other GOP policies promote death for senior citizens with more modest incomes. Take George W. Bush's failed plan to privatize Social Security—a program that has driven life expectancy up and death rates down since it was instituted. It has an especially pronounced impact on suicide rates for the elderly, which have declined 56 percent since 1930. Had Bush prevailed, those who gambled on the stock market and lost would be less able to afford medicine, food, and heating for their homes. In aggregate, they'd likely die younger and commit suicide more often.

Republicans continue working to short-en and sadden the lives of the elderly in more oblique ways, too. One of President Obama's first official acts was to reverse Bush's executive order limiting government funding for stem-cell research, which remains the most promising avenue for new treatments of diseases that afflict the aged, including Parkinson's and Alz-hei-mer's. Clean-air legislation, which the Republicans defeated in 2002, has the potential to save 23,000 lives per year, according to the Environmental Protection Agency. Many of those victims are elderly people, who suffer disproportionately from cardiovascular and respiratory illnesses exacerbated by air pollution. Because emissions of carbon monoxide and such are merely a contributing factor, you can't name the individuals who have died because of this policy choice. But it's reasonable to deduce that there are tens of thousands of people who would still be elderly today if Republicans didn't value the rights and campaign contributions of polluters more highly than their lives. ...