" ... Stanley ran on a 'family values' campaign and is an Evangelical Christian who serves on the Administrative Board of the Christ United Methodist Church. Stanley sought to prohibit gay couples from adopting children saying, 'When you’re married, there’s a commitment there'. ... ” 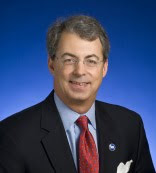 (ChattahBox)—“Good morning sir, how are you this fine day?” With that one text from his 22-year-old intern’s boyfriend, Republican state Sen. Paul Stanley’s professional and personal life began to unravel, as his sexual liaison with his intern became public. And the hypocrisy of the “family values” 47-year-old married lawmaker with two children came to light.

Stanley announced his resignation from his office on Tuesday, effective August 10, amid growing calls for the hypocritical lawmaker to step down.

Stanley issued a short statement saying, “Due to recent events, I have decided to focus my full attention on my family and resign my Senate seat effective August 10. Stanley resigned as chairman last week, from the Senate Commerce Committee, hoping that would ward off his critics and allow him to hold on to his seat, but the details of his sex scandal, became more lurid by the hour.

His intern’s boyfriend, Joel Watts allegedly tried to blackmail Stanley for $10,000 in exchange for not publicly releasing a sex videotape of Stanley and his intern and nude pictures Stanley took of the intern in his Nashville apartment. Stanley worked undercover with the police to nab the intern’s boyfriend and Watts was arrested for extortion.

A released sworn affidavit shows Stanley admitting to having sex with the intern and taking provocative pictures of her in his apartment.

Stanley ran on a “family values” campaign and is an Evangelical Christian who serves on the Administrative Board of the Christ United Methodist Church. Stanley sought to prohibit gay couples from adopting children saying, “When you’re married, “there’s a commitment there.” Stanley opposed family planning services saying, “that his faith and church are important to him, and he wants to promote abstinence.”

During an interview on Tuesday with Memphis radio station WREC-AM Stanley said, “Whatever I stood for and advocated, I still believe to be true,” he said. “And just because I fell far short of what God’s standard was for me and my wife, doesn’t mean that that standard is reduced in the least bit.”

The 22-year-old intern, McKensie Morrison, according to court documents, is married to a man who is serving a seven-year prison sentence in Florida, but he has filed for divorce.

Morrison’s spurned boyfriend, Joel Watts said, “You know I was thinking this guy needs to be exposed. I need to bring his house of cards down.”