Dick Armey: Medicare is ‘Tyranny,’ Seniors ‘Captured’ by It 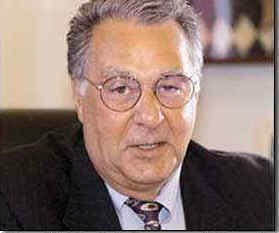 (ChattahBox)—Appearing on Meet The Press on Sunday with David Gregory, former House majority leader Dick Armey, (R-TX) compared Medicare to “tyranny,” saying seniors were “captured” by it against their will.

Since Armey left office, he has shilled extensively for corporate interests, including big oil and coal companies and now health insurance companies. Armey was invited on Meet The Press to advance the views of the anti-health care reform lobby and revealed his extreme views, shared by many anti-health reform and tea party groups.

Rachel Maddow, making a debut appearance on the program as a progressive voice, pinned Armey down and exposed his extreme views about Medicare and Social Security like no one else can. If people like Dick Armey had their way, Medicare and Social Security would be abolished, leaving senior Americans with the “freedom” and the “liberty” to live in poverty without health care. ...