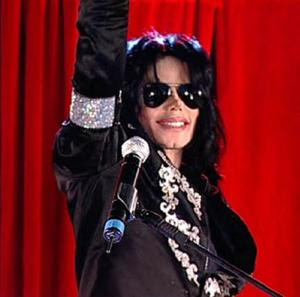 A doctor has revealed how he prescribed Michael Jackson a “chemical castration” drug to suppress his sexual urges towards under-age boys. Jacko – notorious for sharing his bed with young boys – took a powerful drug given to sex offenders to cool his sexual appetite.

The drug - Depo Provera - was prescribed to him by highly-respected Dr Alimorad Farshchian, who was concerned about Jackson’s behaviour. Normally used for birth control, it restricts men’s flow of testosterone-producing brain hormones.

And asked if Dr Farshchian’s had prescribed drugs to Jacko to curb his sex drive, his spokesman confirmed: “Yes, that’s exactly it. He was trying to help Michael.”

Jacko first met the doctor in 2001 when he sought treatment for a broken foot after slipping on stairs at his Neverland ranch.

But unlike other medics who Jacko latched on to, Dr Farshchian, 47, refused to pander to his demands for non-stop prescriptions. He tried to wean Jacko off Demerol, the narcotic painkiller widely linked to his death six weeks ago.

Ian Barkley, Jacko’s official photographer between 2002-06, told the Sunday Mirror: “Dr Farshchian was trying to help Michael. One treatment and concoction led to another. It was a slow progression to try to help Michael suppress some of his issues.”"

Dr Farshchian went on tour with Jacko in 2002-3 and was with him in Berlin when Jacko infamously dangled baby Prince Michael II from a fourth-floor balcony.

At one point Jackson even moved into the doctor’s £800,0000 home in Bay Harbour Island, Miami. Ian added: “Dr Farshchian was very close to Michael.”

Of Jacko’s sleepovers, where children drank “Jesus Juice” wine from cola cans, the photographer said: “People in Michael’s circle thought that something inappropriate was going on when they’d all sleep together at Neverland Ranch.

“The adults around him made a big deal about them all sleeping on the bed in the movie theatre.”

But he said nobody dared challenge the star because the child-like Jacko saw himself as being the same age as his guests. Ian added: “They were peers. That’s how Michael felt about it. He’d buy them things and give them sips of wine to show off to his peer group.

“He lost out on being a 12-year-old, so he’d get wild and show off for his buddies – even though the boys were still 12 and he was in his 40s. It’s hard to understand if you weren’t there.”"

Ian said that among those at the sleepovers was Frank Cascio, now 28, who was part of Jackson’s entourage from the age of five and toured the world with him in the 1990s.

“Frank would sleep in Michael’s bed all the time when he was younger,” said Ian. “And so did his little brother, who was about 12.” A source close to Dr Farshchian said: “Michael just saw himself as a teenager doing teenage things and not as a predator.

“It was really Dr Farshchian, when he became aware of the sleepovers, who planted the idea in Michael’s head that he might have a problem.

“As a responsible doctor, Dr Farshchian thought these tendencies were something Michael might address. Dr Farshchian didn’t necessarily think there was abuse going on – but he was concerned there were inappropriate feelings towards minors which could be addressed.”

The medic and Jackson grew apart following the fall-out from Jacko’s interview with TV’s Martin Bashir in 2003 which revealed Jacko had children sleeping in his bed – and plunged the star into crisis.

A source said: “When the Bashir documentary came out Michael became severely depressed. He turned back to his old doctors who would prescribe him whatever he wanted and Dr Farshchian wouldn’t do that.

“He was determined to do the right thing for Michael even if it meant disagreeing with him.”

Jacko’s five-month trial in 2005 heard allegations that Neverland was “all about booze, pornography and sex with boys”. He was cleared of sexually abusing Gavin Arvizo, 13, whose family moved to Neverland after being befriended by Jacko.

In 1994, Jacko paid £13million to Jordy Chandler, a former Neverland guest who accused him of performing lewd acts on him when he was 12. And in 1996 Jackson paid Jason Francia, son of Neverland maid Blanca Francia, more than £1million over claims Jacko touched his crotch.

It’s not clear how long the star had injections of Depo Provera.

Last night Dr Farshchian, an expert in arthritis pain relief who has written text books about orthopaedic medicine, declined to discuss Jacko’s treatment. But he said: “When I heard of his death it was the saddest moment of my life. I’m proud I met Mr Jackson.”

I'm sorry, but this story is just not believable. No reputable doctor would ever disclose to the public the private medical information of his patients. If he did he could lose his license to practice. I also believe that if depro provera had been found in Michael's blood the jackels in the press would have been all over this.