Bay of Pigs: CIA Knew before the Invasion that it was "Unachievable"/CIA & Ted Sorensen, Assassination Files

From: "JFK’s Sorensen Could Tell Pelosi a Thing or Two About the CIA"
By Jeff Stein
CQ 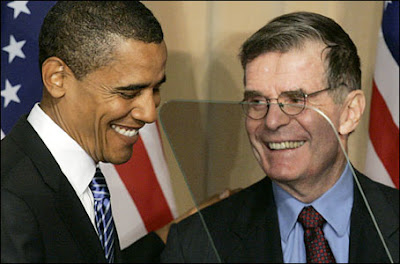 ... I was reminded by reading Sorensen’s engaging new autobiography this week that the speechwriter also became one of President John F. Kennedy’s closest national security advisers in the wake of the CIA’s disastrous invasion of Cuba at the Bay of Pigs in April 1961.

“Long after the operation’s failure,” Sorensen writes, “secret minutes emerged of a November 15, 1960, CIA meeting — prior to briefing the new president-elect — in which the CIA’s own reviewers concluded that the invasion was ‘unachievable — [with no] internal unrest earlier believed possible — nor will [Castro’s] defense permit the type [of] strike planned,’ the minutes said.”

Of course, CIA bosses were telling Kennedy the invasion was a slam-dunk.

“To me,” Sorensen writes, “that fiasco earned for the CIA the motto frequently ascribed to it: ‘Often wrong, but never in doubt.’” ...

Carter wanted to name Sorensen DCI, but the jackals at the CIA opposed the nomination:

“Retired CIA covert action operatives feared that I would strengthen the ongoing trend to oppose covert operations (true),” he writes.

“Some old-time employees of the agency even opposed me because of JFK’s negative statements about the CIA after the Bay of Pigs,” he says.

“Another remote possibility briefly crossed my mind — perhaps these operatives were acting to make certain I never got access to the agency files on President Kennedy’s assassination.”

Years later, he writes, “a stranger who introduced himself as a former (was he?) covert operations agent . . . acknowledged that some of the ‘dirty tricks’ and other opposition to my nomination had come from within the agency.”

Indeed, Sorensen had “always wondered about” a newspaper column penned by “a conservative representative of the AFL-CIO, which worked closely with the CIA overseas.”

The article portrayed Sorensen speaking in support of a dissident worker at a Steelworkers Union meeting in Pittsburgh, “implying that it demonstrated anti-union sentiments” on his part. ...