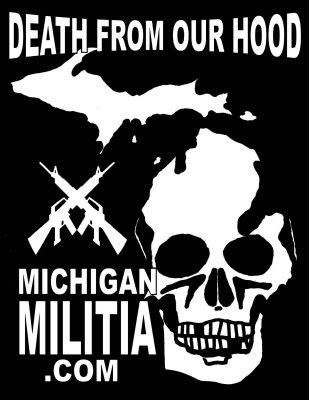 Right-Side News - a site I only quote because it dangles this bauble of unspun insight - reports that the notorious DHS list of extreme right-wing organizations was ordered up and compiled by the Bush-Cheney administration, not Obama's:

Activists on the American political landscape fear their government might consider them the enemy. Their concern isn’t driven by paranoia and baseless conspiracy theory. A Department of Homeland Security (DHS) Intelligence Assessment entitled “Rightwing Extremism: Current Economic and Political Climate Fueling Resurgence in Radicalization and Recruitment” ... lumps immigration reformists, Christians, pro-lifers, Second Amendment proponents, opponents of globalism, and even veterans into the category of potential terrorists. ...

Fox News' Catherine Herridge revealed this little-known fact on April 15 when she stated:

"Well this is an element of the story which has largely gone unreported. One [report] looks at right-wing groups, as you mentioned. And a second on left-wing groups. Significantly, both were requested by the Bush administration but not finished until President Bush left office. ('Fox Reporter Contradicts Fox: DHS Report On Right Wing Was Requested By The Bush Administration')" ...

"I have to ask myself, why would Bush profile the right wing when that was who supported him most? In other words, the document is not only a reflection of the supposed sinister political side of the Obama administration, said by many “conservatives” to be socialist or Marxist. Is it a document produced specifically as part of a larger effort to demonize and eliminate all opposition to government policies regardless of political persuasion. ... The government would not be able to conduct such demonization campaigns if the activists of the 'patriot' movement did not provide a pretext. ... As a result, agent provocateurs have poured into anti-authoritarian groups and conducted extremely successful radicalization campaigns. ... "