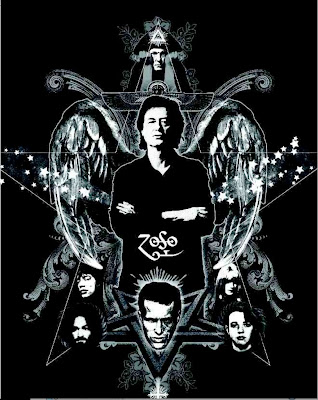 Many would argue that part of the charm of Anger's films comes from the scratchy, ill-preserved quality of the prints that have been in semi-clandestine circulation over the years. But the restorers have done a bang-up job here, and the cleanliness of the images only highlights how modern his techniques were, making it easier to see how his uses of repetition, music and iconography have influenced film-makers such as David Lynch and Martin Scorsese. All his better known works are in this 10-film collection: Scorpio Rising, Invocation Of My Demon Brother, Lucifer Rising, as well as Anger's film on Aleister Crowley, a film portrait of the director himself, and a great booklet containing essays by Anger and acolyte Gary Lachman - a founder member of Blondie.

http://www.guardian.co.uk/film/2009/may/23/kenneth-anger-magick-lantern-cycle-review-dvd
Posted by Alex Constantine at 10:22 AM